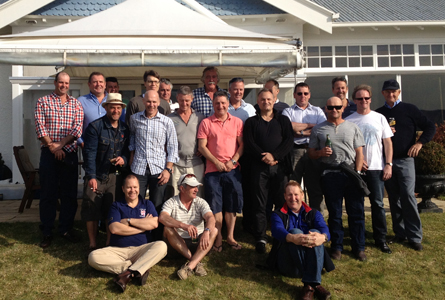 The Hutchins Old Boys Football Team of 1983 recently celebrated the 30th anniversary of their memorable premiership year. 1983 was especially significant because the team won three premierships over a three week period, that being the Southern Tasmanian Old Scholars Division, the defeat of the Southern District Amateurs which included the likes of Claremont and Sorell and then the State Premiership against Old Scotch.

The reunion was a resounding success with 20 of the 22 players involved coming from all over australia to be together again (some from as far as W.A, north QLD, ACT, NSW and VIC). Sadly we had lost Alec Burbury (,80) and another player, the competition’s best and fairest is lost in the ether but we will find him before the 40th! The boys all went to see the current team play on the Saturday at Queenborough and then had a huge private dinner upstairs at the Ball & Chain and then a barbecue at Coach Clenn’s (John Clennett ('68) on the Sunday. The team had a remarkable year despite having lost the first 4 games – it was on for young and old for the new coach. The boys only lost one more game before the three huge wins. 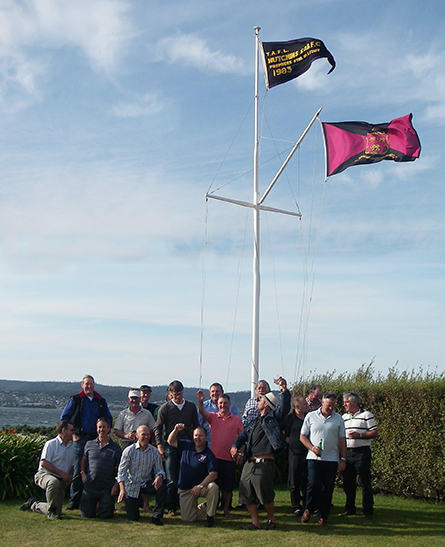 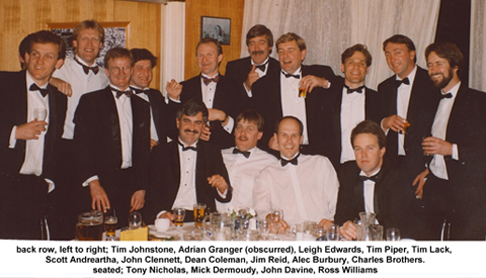