Home / About / History and tradition

The Hutchins School was founded in 1846 as a memorial to The Venerable William Hutchins, first Archdeacon of the colony of Van Diemen’s Land. Intended by the Church of England as a southern feeder school for Christ’s College at Bishopsbourne, it outlived the College and eventually absorbed its replacement – along with several other notable schools – to become the pre-eminent boys’ school in Tasmania. 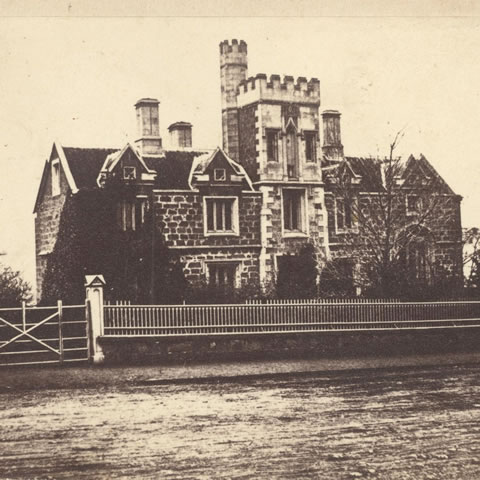 Hutchins commenced operations under Headmaster J R Buckland at Ingle Hall in lower Macquarie Street, one of the oldest homes still standing in Hobart. In 1849 it moved a few blocks up Macquarie Street to a purpose-built schoolhouse designed by Tasmanian architect, William Archer. The Buckland family’s combined forty-six years in charge of Hutchins served to set the School on a distinguished educational and spiritual path, and it continues to expand and develop to this day.

In 1957 a new Junior School opened at Sandy Bay, following the sub-primary block opened there in 1947 and the Memorial Oval in 1955. The Senior School followed in stages, after the purchase of the former Queenborough Cemetery in 1960 and the subsequent construction of a boarding house, science wing, administration block and classrooms, all opened in 1964.

Proud of its heritage, Hutchins has a tradition of producing good men distinguished in all fields of endeavour – from academia, politics and the law to business, sport and the arts. The School’s motto of Vivit Post Funera Virtus – Character Lives After Death – exemplifies the School’s dedication to the building of character, moulded by faith, learning and service to others.