Audience inspired by voices of hope 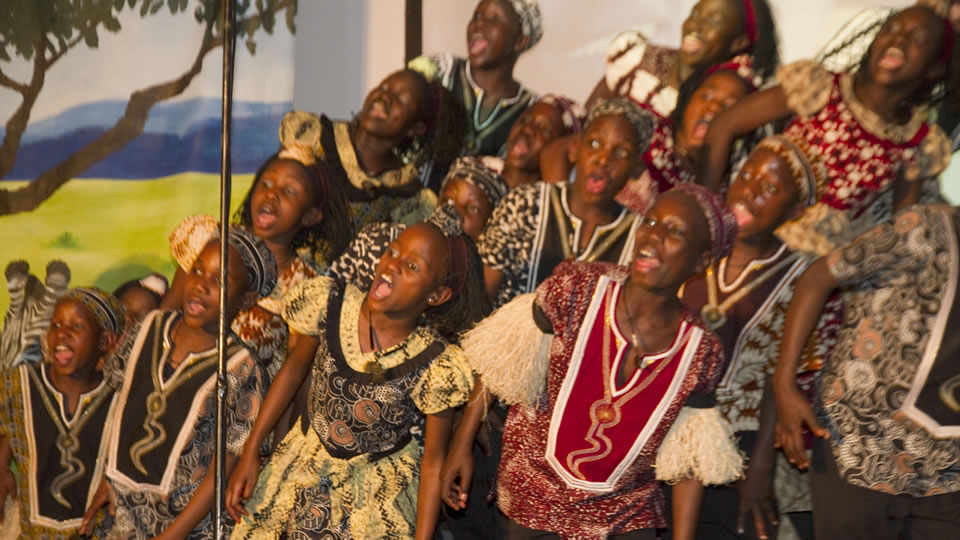 It was an inspirational mix of colour, movement and stirring voices that enthralled the audience who attended the performance by the Watoto Childrens Choir.

The Choir, made up of 22 children aged between 8 and 13 from Uganda, performed at Hutchins as part of their tour throughout Australia and New Zealand.

Their “Concert of Hope” tour is aimed at raising awareness of the plight of parentless children and widowed mothers in Uganda – a country that has experienced many years of destruction and despair. All 22 children have lost either one or both of their parents to AIDS, war, famine or abandonment.

As well as being captivated by their vibrant, authentic African costumes, beautiful voices and powerful dances, those members of the Hutchins community that attended the concert were moved by the testimonies of the children, and the hope that they now have after being rescued by Watoto Childcare Ministries.

The Watoto organisation was founded by Canadian Pastors Gary and Marilyn Skinner in the 1980s. The group currently cares for over 2000 African children in villages built by teams that come from all over the world. In these villages the children are put into homes with a new mother – who is a widow herself – and 7 other new brothers and sisters.

Families from all over the world sponsor these children so that they can receive all their daily needs as they tour the globe giving inspiration to many.