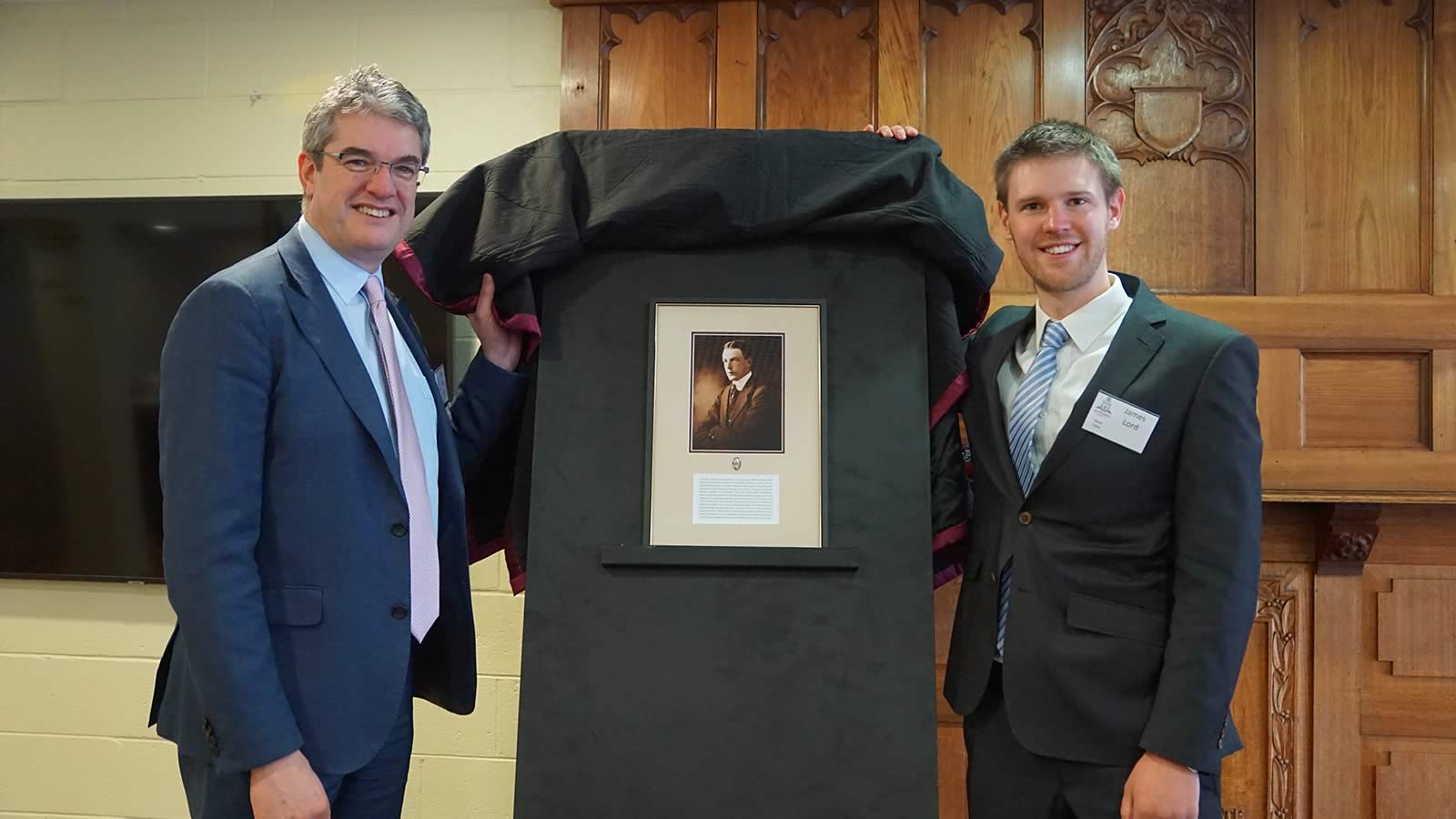 At the Anniversary Lunch held in Burbury House on Friday 9 August 2019, the Hutchins School Old Boys’ Association unveiled the Hutchins Lion which is a posthumous award given to honour an Old Boy who has excelled in his chosen field of endeavour.

This year, Mr Clive Errol Lord was ‘lionised’. Clive was born in Hobart on 6 October 1889, he married Doris Harland at St David’s Cathedral in February 1915. He later divorced and then married Florence Jessie Knight in 1929. He passed away in Sandy Bay on 15 July 1933 and is buried at Cornelian Bay Cemetery, being survived by a daughter from his first marriage.

Clive’s short 43 years were filled with achievements; a real man of energy and enthusiasm. He started at The Hutchins School in 1905, and was soon involved in natural history and science, encouraged by his father, Octavius Lord. He played cricket for the First XI and Football for the First XVI and was always keen to take on leadership and organisational roles. By the age of 22 he was Honorary Secretary of the Tasmanian Field Naturalists Club. He also published a guide to study Tasmanian bird life and later in life a small book on snakes in Tasmania. Clive became an architect and practised in Hobart, and was made a Fellow of the Tasmanian Institution of Architects.

In 1917 he was appointed Curator and Director of the Tasmanian Museum. His interests included the study of Voyages around Tasmania of the great sea explorers, and was also a keen yachtsman with an interest in hydrography, then going on to publish another book, The Early Explorers of Tasmania.

Clive felt so strongly about the preserving of nature that he was at the forefront of establishing a National Park for Tasmania, including the reservation of Cradle Mountain - Lake St Clair area. He was a founder member of the Hobart Rotary Club and Secretary for the Botanical Gardens. It comes as no surprise he was President of the Royal Australian Ornithologists Union.

Perhaps his greatest interest was in the Tasmanian vertebrates and the extinct forms of life in Tasmania. As a result of this investigation with Mr H H Scott, Curator of the Launceston Museum, they published a book, A Synopsis of the Vertebrate Animals of Tasmania, a mighty 340 page work.

He was elected a Fellow of the Linnean Society (London) and a member of the Zoological Society of London, and also served on the Australasian Association for the Advancement of Science.

“Clive Lord’s breezy, good natured personality will remain a life-long memory to all who came in to contact with him. His many interests and enthusiasms often made him inclined to make him impatient of others of lesser warmth and energy. His bountiful fund of humour and easy companionship made him much sought after by his fellows. Clive Lord was one of those rarer individuals who cannot be judged by the niggling values of the market place.”