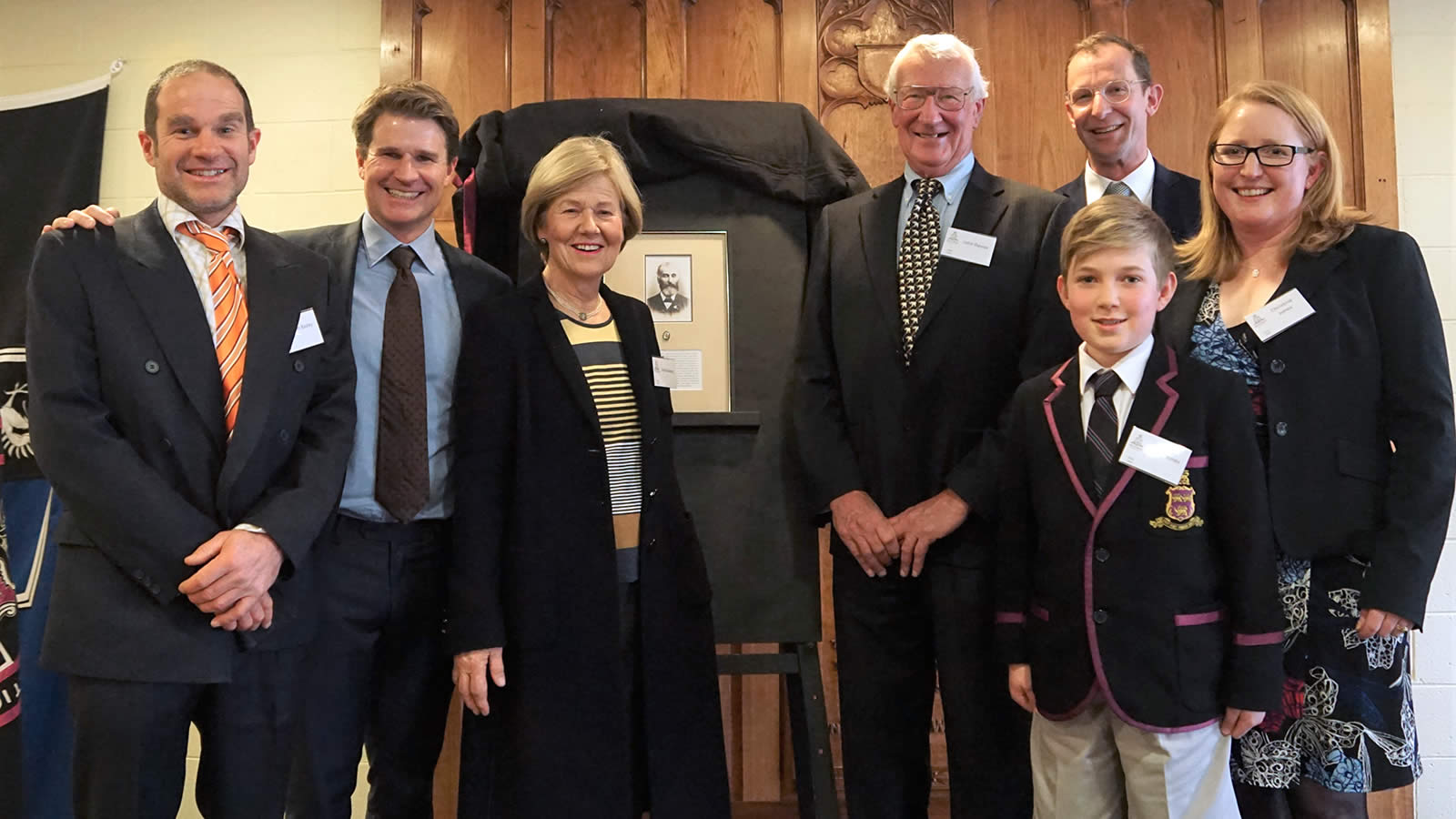 At the Anniversary Lunch held in Burbury House today, the Hutchins School Old Boys’ Association unveiled the Hutchins Lion which is a posthumous award given to honour an Old Boy who has excelled in his chosen field of endeavour.

John George Davies, generally known as George and later Sir George Davies enjoyed an outstanding career of leadership as a politician, journalist and sportsman – above all he contributed tremendously to the growth of Tasmania.

He had a lengthy first class cricket career – commencing in 1862 when he played for Tasmania against a touring English side. In 1871 he captained the Tasmanian side playing Victoria at the MCG opening the batting and keeping wicket. He captained the Tasmanian team that toured New Zealand in February 1884. And became heavily involved in cricket administration, founding the Southern Tasmanian Cricket Association. He continued playing senior cricket again captaining the Southern Tasmania Cricket Association side against the touring New Zealanders in 1899 at the ripe old age of 52.

Davies was also involved in other sports, including Australian rules football, where he served as a senior administrator, horse racing (as an owner) and rifle shooting, holding office in Tasmanian and national rifle associations for many years, culminating in his captaining of the Australian team which won the Kolapore Cup at Bisley, England, in 1902.

Davies was a family man marrying Sarah Ann Pearce, 27 January 1869 at St John’s, New Town – he and Sarah had seven children over their twenty years together. Sarah sadly passed away in 1888 and in 1891 he married Constance Giblin and together they had two sons.

In 1871, along with his brother Charles, Davies took over The Mercury from his father establishing the long running Davies Brothers business. He became general manager of the paper for a time however he seemed destined for office and his career in politics began in 1883 when he was elected alderman of Hobart City Council. Davies became Lord Mayor of Hobart in 1885 serving three terms before retiring from local government in 1901. He had also been elected to parliament in 1884 and served as Chairman of Committees from 1892 until 1903 when he was elected Speaker. He remained a member of parliament representing the newly formed division of Denison for the rest of his life.

Davies was a member of the Royal Society of Tasmania; he served in the Tasmanian Rifle Regiment for over 30 years, reaching the rank of Lt-Col.

In 1896 he became deputy grand master of Tasmanian Freemasons and past grand master in 1910. He was also the Chief Magistrate of Hobart in the 1890s; first Chairman of the Metropolitan Drainage Board (1899) and for many years was Chairman of the Public Cemeteries Trust and of the Hobart Licensing Branch. Sir George Davies died on 12 November 1913 at New Town.

We were very fortunate to have members of the Davies, Bayley and Jones families at the Anniversary Lunch to unveil the Hutchins Lion. Thank you to Tim (’59) and Anita Bayley (great granddaughter of John George Davies), their sons Simon (’86) and Sam (’88), John (‘65) and Barbara Davies (great grandson of John George Davies), Will Davies – Barbara’s son, Christine (niece of John and Barbara) and Simon Jones and their son Henry (Year 7). Thank you to Simon who unveiled the plaque and spoke on behalf of the families.