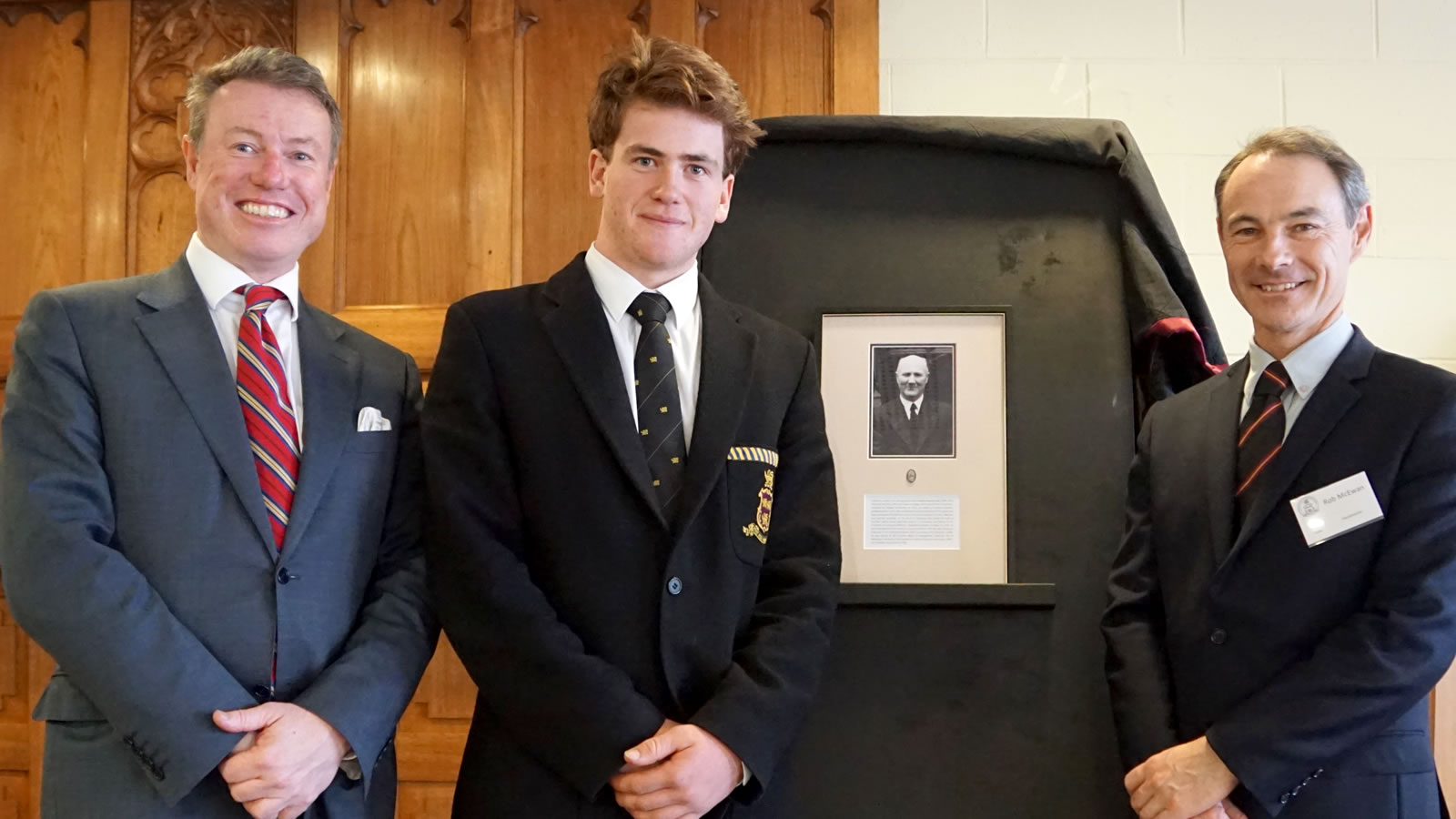 The Hutchins School Old Boys’ Association unveiled the Hutchins Lion which is a posthumous award given to honour an Old Boy who has excelled in his chosen field of endeavour. This year Charles Stanley King was ‘lionised’. Charles Stanley King was born on 23 December 1889 and commenced at Hutchins on 22 July 1901. Charles left Hutchins in 1906 and transferred to Queen’s College, he was awarded a Rhodes Scholarship for Tasmania in 1911. Charles trained for nine months as a subaltern with the Royal Field Artillery in 1915 and was sent to France with the 96th Battery, 21st Division, RFA where he participated in the attack on Loos as an Artillery Officer. He was awarded the Military Cross for valour in France.

In 1919, Charles joined the staff of Hutchins but left at the end of the year to join the Tasmanian University as a lecturer in Economics and History. Three years later he was appointed Professor of History. He joined The Hutchins School Board of Management in 1942, retiring from this position in 1947. Charles was appointed Chairman of the Professorial Board of the University of Tasmania in 1947, Acting Vice-Chancellor in 1948 and served on the University Council, 1928-33 and 1947-49.

Charles’ great grandson, and Roger’s son, Samuel King is currently in Year 11 at Hutchins and is photographed with Tim Munro (President – Hutchins School Old Boys’ Association) and Dr Rob McEwan (Headmaster) with the plaque that honours his great grandfather.