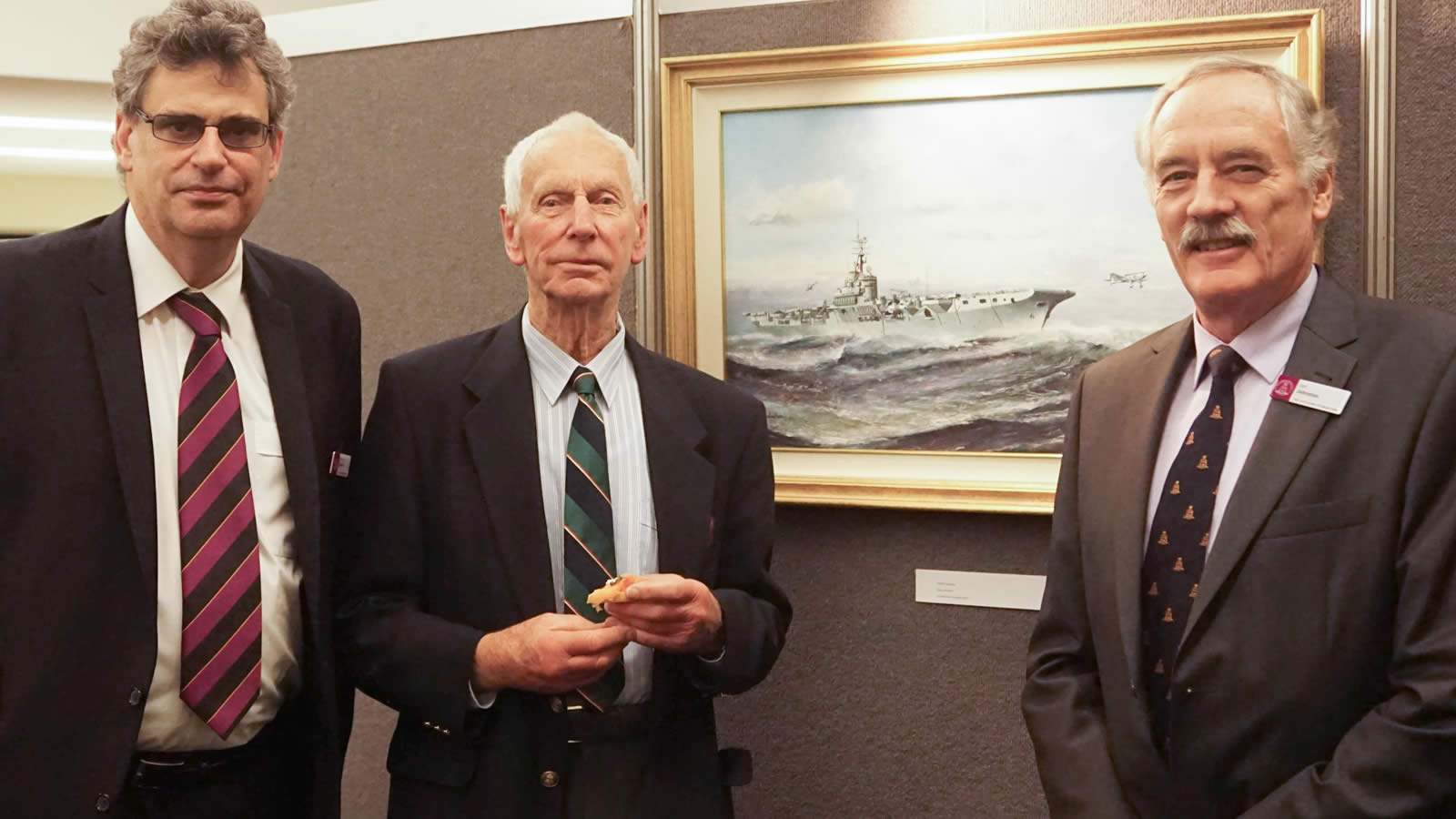 Mr John Brettingham-Moore (OB 1935–44) is our first exhibited Old Boy Collector. John’s artworks are currently featured in an exhibition held on display in the Olga Braham Gallery (The Hutchins Foundation Centre, Archives Museum), extending into the Baldwin Wing and a section of the Nettlefold Library. The exhibition also features film footage of John’s exploits in the air as a pilot, and on the water as a mariner and charter boat operator. Significantly, a selection of photographs from his very popular and successful book, The Tasmanian Coast (1997), and his personal photograph albums ranging across subjects as varied as his boating and bushwalking adventures and the former family-owned properties Craigow at Cambridge and Tivoli at Old Beach are also included as a very personal and emotive journey through John’s life, career and history.

At Hutchins John was a prefect, leading Cadet, sportsman, and champion orator and debater, who became a civil engineer before joining the Navy. Later he worked for the British Motoring Corporation and became a property developer. A descendant of Hobart’s Allport family, he has also served as a trustee of the Allport Library and Museum Collection in Hobart.

The Brettingham-Moore Collection exhibition will open to the public  on the following days:

Also open by appointment; for further details contact the The Hutchins School Development Office on 6221 4239.