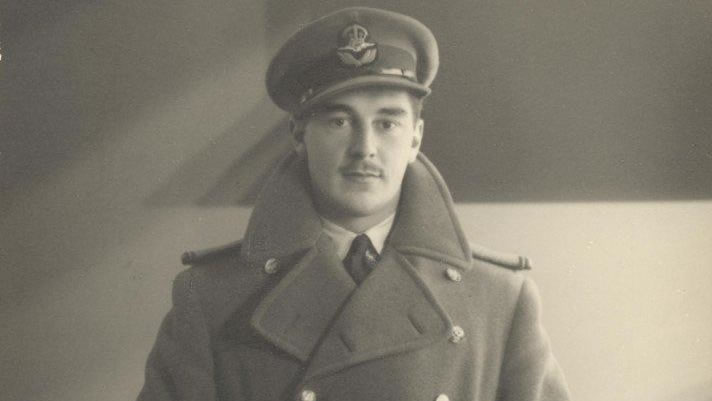 Stuart Walch was born in Hobart on 16 February 1917 and attended the Hutchins School from February 1927 until December 1934 (no. 2832). He was 'a thorough sportsman' and extremely popular with his peers. After leaving Hutchins, Stuart went into the family business in Hobart: J. Walch & Sons, stationers, booksellers and publishers. In March 1935 he joined the 40th Battalion (Militia) where he served until discharged at his own request in July 1936 to join the RAAF.

After gaining his 'wings' at Point Cook he travelled to London to join the Royal Air Force as a Pilot Officer, and in 1937 was stationed at Uxbridge, England. By the time war broke out in 1939 he had been promoted to Flying Officer, training pilots for aerial warfare.

Appointed Flight Commander of 238 Squadron (B flight) in May 1940, he led several successful raids against the German Luftwaffe. On 11 August 1940 he led his section on patrol over Portland, where they encountered an enemy force of about 150 aircraft. Heavily outnumbered, his Hawker Hurricane was shot down off the south coast of England. His body was never recovered.

The plaque was unveiled at a special assembly held at the Terence Butler Auditorium. The event was attended by a number of VIP Guests including Lieutenant Governor, the Honourable Ewan Crawford; Air Vice Marshall Skidmore AM, Air Commander Australia; Mrs Kristen Alexander, Battle of Britain Society and representatives of the Walch family including guest speaker Mr John Walch.

On August On 15 August 2011, Stuart Crosby Walch was unveiled as the newest "Hutchins Lion". In his address, the Hutchins School Headmaster Mr Warwick Dean spoke of the Hutchins Lions project.

"The Hutchins Lions project is a way of paying tribute to former scholars who have excelled in their chosen profession or fields of endeavour."

"The examples set by these great men are recorded for posterity and displayed publicly so as to provide inspiration for current and future students," Mr Dean said. 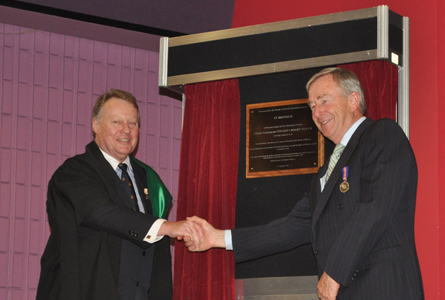 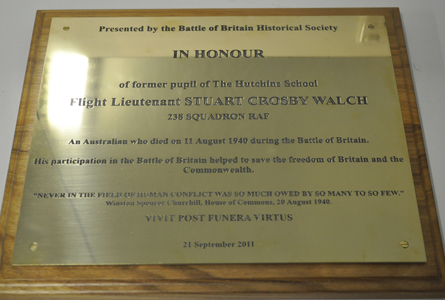