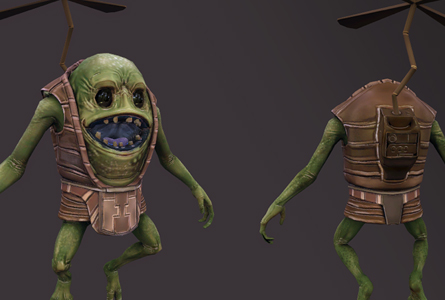 As a Hutchins student, Paul Wilkinson (’01) always enjoyed Art and other creative subjects.

Paul also enjoyed computer games; it was his dream to one day create his own games.

“I’ve always liked art and the creative process and enjoyed the interactive side of it,” he said.

After completing training in computer graphics and 3D animation, Paul began to establish himself as a game designer in the Sydney market.

“I built up a network in Sydney, then actually ended up helping to build a Canberra-based company by working from home,” he said.

Paul then decided it was time to establish his own business, creating Subspark Entertainment– an integrated multimedia entertainment company which is involved in game creation as well as other multimedia projects.

He has since launched a game on Apple’s App Store. The game, “AstroPlasma” is a digital version of air hockey, which uses animated characters and allows the gamer to experience air hockey as if they were on the rink themselves.

Paul is now looking to establish a Subspark Entertainment studio in Hobart.

Throughout his life, Paul has had the additional challenge of undergoing treatment for Tourette’s Syndrome.

We congratulate Paul on pursuing his passion and turning it into a creative and rewarding career.