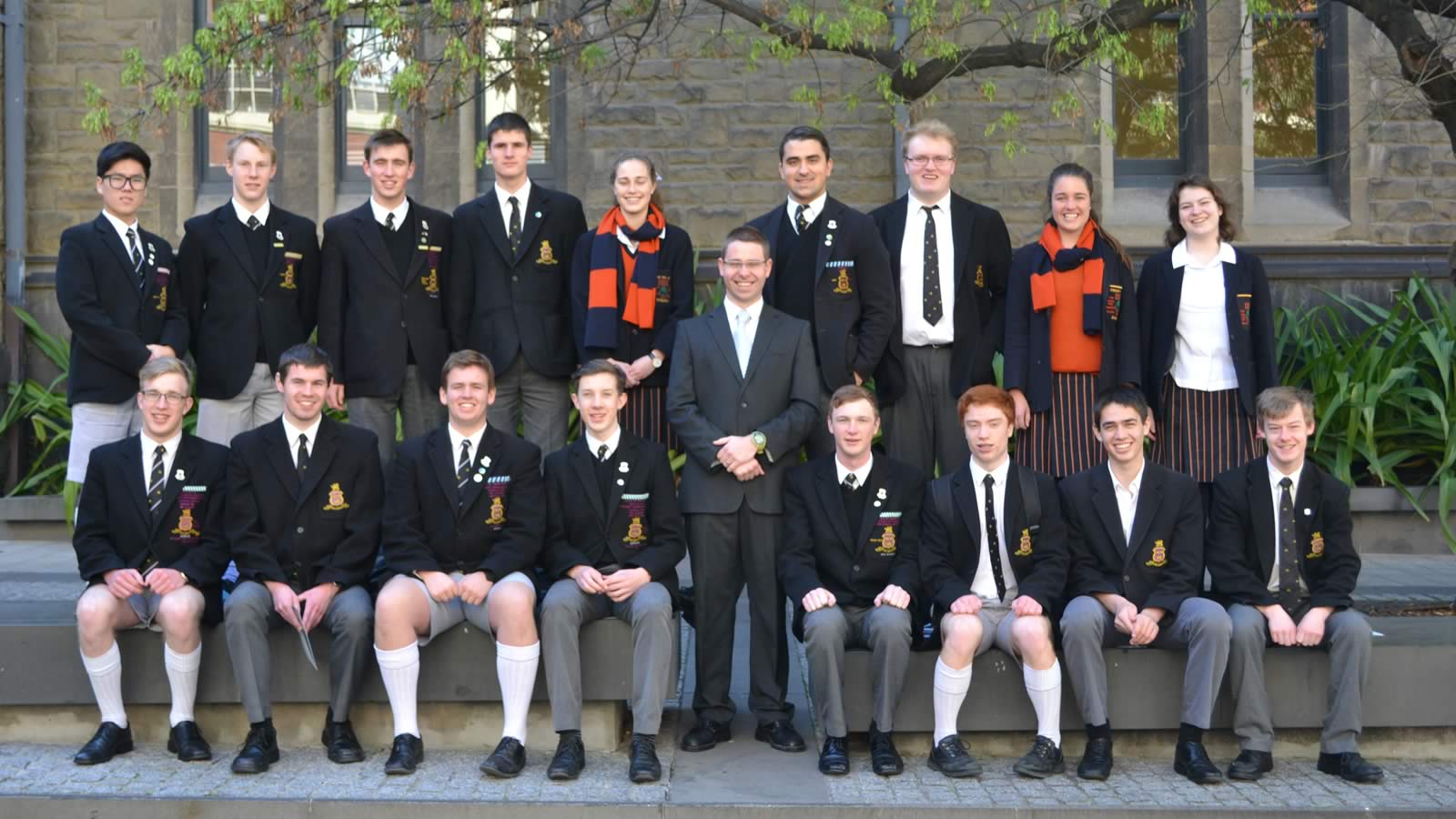 On Sunday 19 July seventeen members of the Physics class travelled to Melbourne to visit the Royal Melbourne Institute of Technology (RMIT), the University of Melbourne and the CSIRO’s Australian Synchrotron facility in order to gain a better understanding of Physics in industry and research. The group also visited the Old Melbourne Gaol and Eureka Skydeck. The Skydeck is perhaps one of the best places to practically experience the idea of apparent weight, an often difficult and misunderstood component of the Year 12 Physics course.

On the Monday we visited RMIT. After a look at RMIT’s program offerings we were taken on a tour of RMIT’s electron microscope research facility where we were shown microfossils and graphene. Graphene is one atom thick and the demonstration illustrated the cutting edge of optical physics.

That afternoon the group visited the University of Melbourne’s Physics Department and were given an in-depth explanation of the Big Bang and the creation of the Universe. The group was then shown Associate Professor Roger Rassool’s prototype for helping to treat pneumonia in the developing world. Pneumonia is the number one killer of children in the world and this demonstration illustrated an important link between medicine and Physics. First year undergraduates who were working on the project talked to the group about their experiences and about applying for university positions. The UM Physics department also had a clean room for assembling electrical components and much research was done using X-Rays. The X-Rays were produced by a machine that operated in a similar way to a Gattling gun. Associate Professor Rassool is currently applying for a grant from the Bill and Melinda gates Foundation who provide money to support the education and health of the global population.

The Tuesday was spent observing the CSIRO’s Synchrotron, which is the only one of its kind in Australia. The Synchrotron is a particle accelerator that accelerates electrons to near the speed of light. This facility is similar to CERN’s Large Hadron Collider where they recently discovered the Higgs Boson particle. The facility cost a quarter of a billion dollars to build and is used by researchers from around the globe. As such, it truly represents the cutting edge of science research. It is used predominantly for biology, engineering and medical research. The group was given a tour and explanation of the physics principals behind all particle accelerators by two PhD candidates. Following the tour the group spent the afternoon in a laboratory using electron guns and magnets to investigate the electro-magnetic effects on accelerated particles; this unique opportunity to use advanced high voltage equipment was an experience that students would not otherwise have had access to. It was a perfect application of the theory learnt in pre-tertiary physics, and gave an insight into future career paths made possible by having a physics background.

It was pleasing for students to learn that much of theory learnt in Year 12 Physics and other pre-tertiary classes is so vital when working in a university setting. It was impressive to see the link between the school work and the theory being used on a large scale by CSIRO research scientists. The biggest thing students learnt was to ask questions and have conversations with people who have been there and done that, when approaching selections and planning for the future. This also applies to Year 10 and 11 students who are about to do their subject selections for next year. Students and parents are encouraged to have conversations with Year 12 students who have done the subjects you are interested in, and the staff who take them. This goes for all subjects, not just Science.

The physics class would like to pass on their thanks to Mr Seddon for giving them the opportunity to travel to Melbourne and witness applications of physics and the links it has to coursework. Thanks are also owed to Dr Guest for accompanying the group and providing a unique insight into some of the research and scholarship opportunities available to students.