Rewards for rowers as the season comes to an end 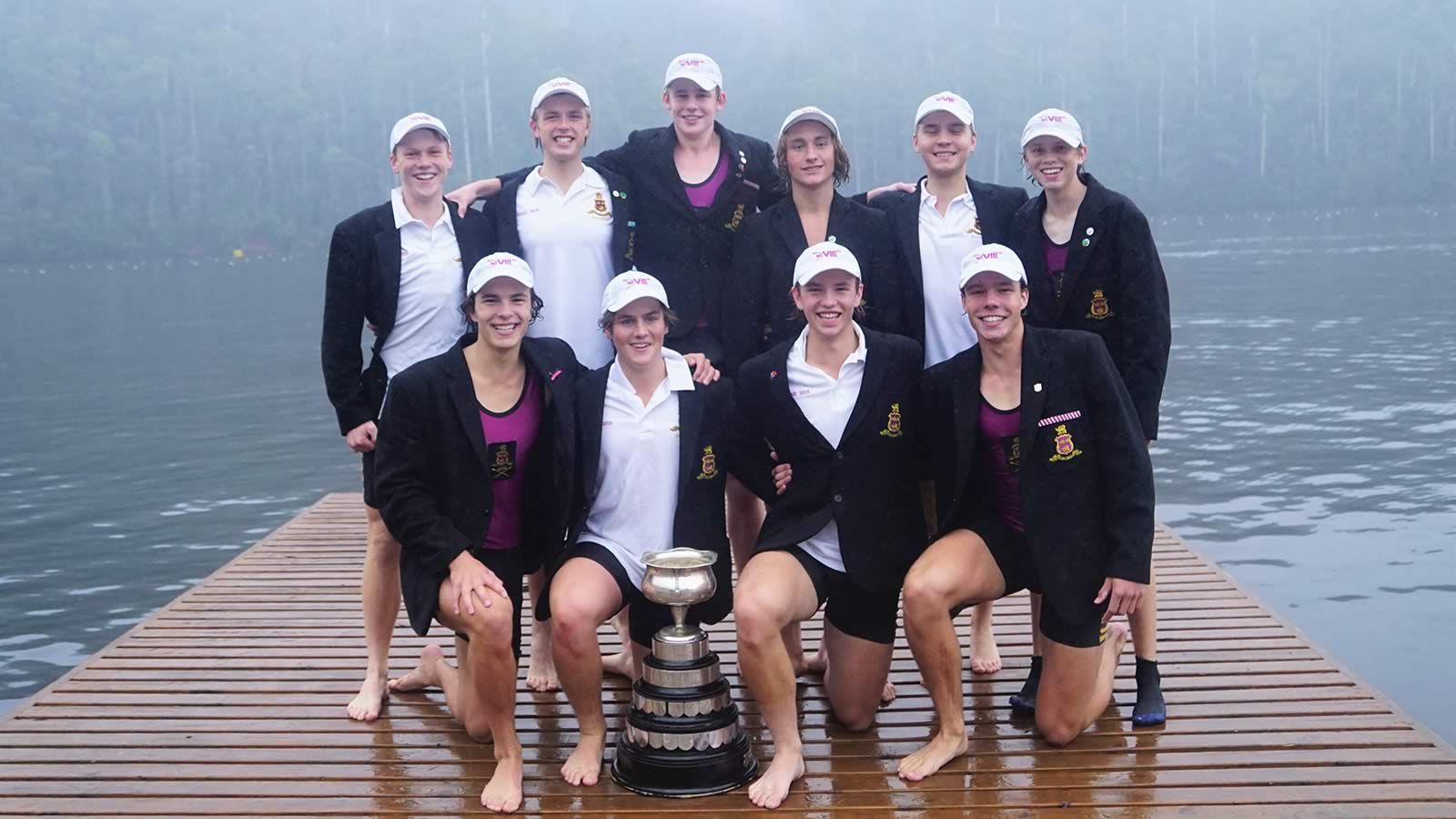 After demonstrating excellent form and achieving consistently fast race times, the decision was made to send the Head of River winning Hutchins First Eight to NSW to participate in the Australian Rowing Championships and challenge themselves against the best crews in the country.

The crew travelled to NSW and competed in the U19 Eights and the Schoolboy Eights races. Entry numbers in these events were up on recent years which increased the standard and the level of challenge significantly. The crew set out to achieve the goals of a top three ‘podium’ and an ‘A’ Final berth in each event respectively. What the Hutchins crew lacked in physical stature against their imposing opposition, they made up for in skill and determination. From their first outing, they began turning heads in amazement and sending a message to the opposition that they were to be respected. Progressing through a series of particularly challenging draws in their heats, repechages, semis and finals, the Hutchins crew rowed proudly throughout the week finishing in 4th place in the U19 Eights, two seconds from the Silver medal and winning the ‘B’ Final in the Schoolboy Eights after missing the ‘A’ final by a heartbreaking 0.6 seconds. Most pleasing of all, was the approach by the boys to their rowing. They raced honourably on every occasion and demonstrated their strength of character whenever they were on the ‘big stage’.

Sam (Year 10) and Hayden (Year 9) Mounter also rowed at the National Championships, representing the Tasmanian University Boat Club. These boys had an extremely successful regatta with Sam winning the National title in the U17 Single Sculls and later with Hayden and club mates, winning the U17 Quad Sculls National title. Well done to all rowers on a wonderful season.