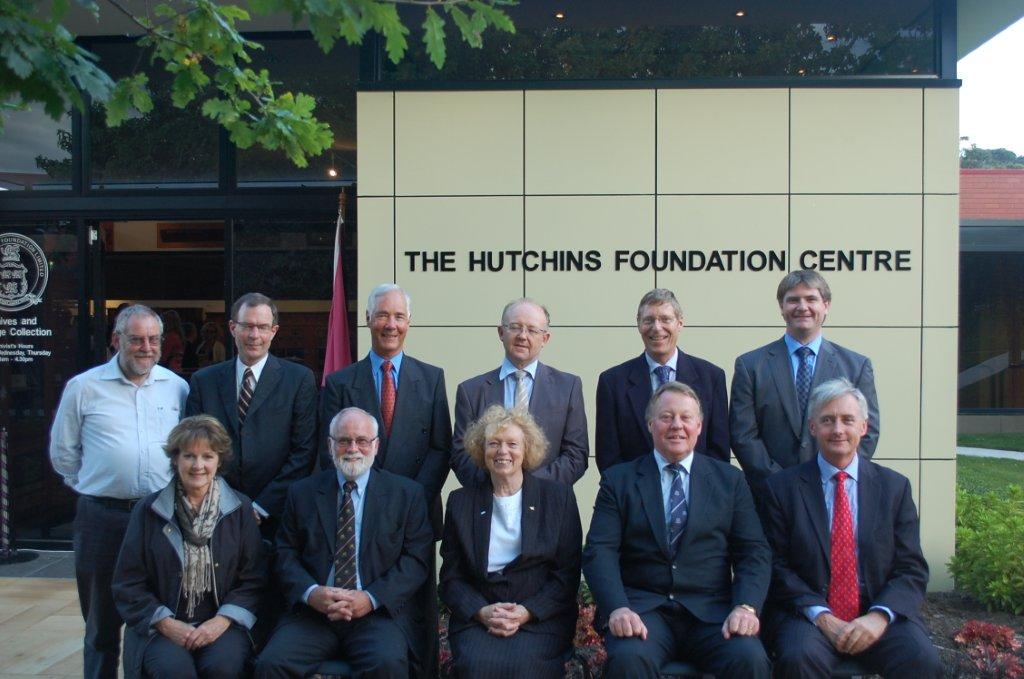 It was a proud gathering of old and new members of the Hutchins community came together to mark the official opening of the Hutchins Foundation Centre on Tuesday 8 March 2011.

The Headmaster, Mr Warwick Dean addressed the gathering sharing the history of the Hutchins archives, and how the new centre came to be built.

Chairperson of The Hutchins School Board, Mr Lance Balcombe, President of the Hutchins Foundation, Mrs Jenny Inglis, ladies and gentlemen. It is my pleasure to extend a hearty welcome to you all on this historic occasion.

Seventy four years after the foundation of The Hutchins School, John Farmer and Edward Bowen wrote an enduring song that had the specific purpose of giving to pupils an idea of what it would be like in forty years when they returned to their old school; it was a song designed to remind old boys about their school life. Today it is the main school song of Harrow School in England.

In that song students present and past are encouraged to follow up with such verse as:

"Forty years on, when afar and asunder

Parted are those who are singing today,

When you look back, and forgetfully wonder

What you were like in your work and your play…"

And that song reminds us today at the opening of the Hutchins Foundation Centre that this building is to be an important place in which Old Boys, their parents, friends and relatives can gather and recall days past, enjoy a celebration and view exhibitions of their history as they made at Hutchins. Here now is a place of focus where Hutchins people may recall as the song says, …"Glimpses of notes like the catch of a song [with] Visions of boyhood [to] float them before you, Echoes of dreamland [to] bear them along,…"

This building is to be a place in which the history of young boys and subsequently Hutchins men is recorded and kept as a proud record of 165 years and more of achievements in building inspired education and good men of good character.

Behind us used to be a rather dim undercroft, a three in one slope for boys and staff and caterers to negotiate, and as well threaten the physical welfare of any aged visitor and, at its bottom, a dark and always crowded small archives and heritage collection was revealed.

Here today stands a building of which we all can be proud and into which we invite all persons with an interest in and an opportunity to contribute to its rather imposing collection.

This building and this Bell Tower Courtyard is an example of the importance of and what can be achieved by a strong Old Boys network and an alliance of purpose between The Hutchins School Board and the Hutchins Foundation.

Well done and congratulations to our supporters, the architects, the builders and especially to Dr Jill Abell, Ms Margaret Mason-Cox, Ms Jenny Self and her staff for their detailed design work, conceptual thinking and their extraordinary work in having this building ready to open on time.

Thank you and congratulations to all who made this building possible; it is a real asset to our school now and well into our future.