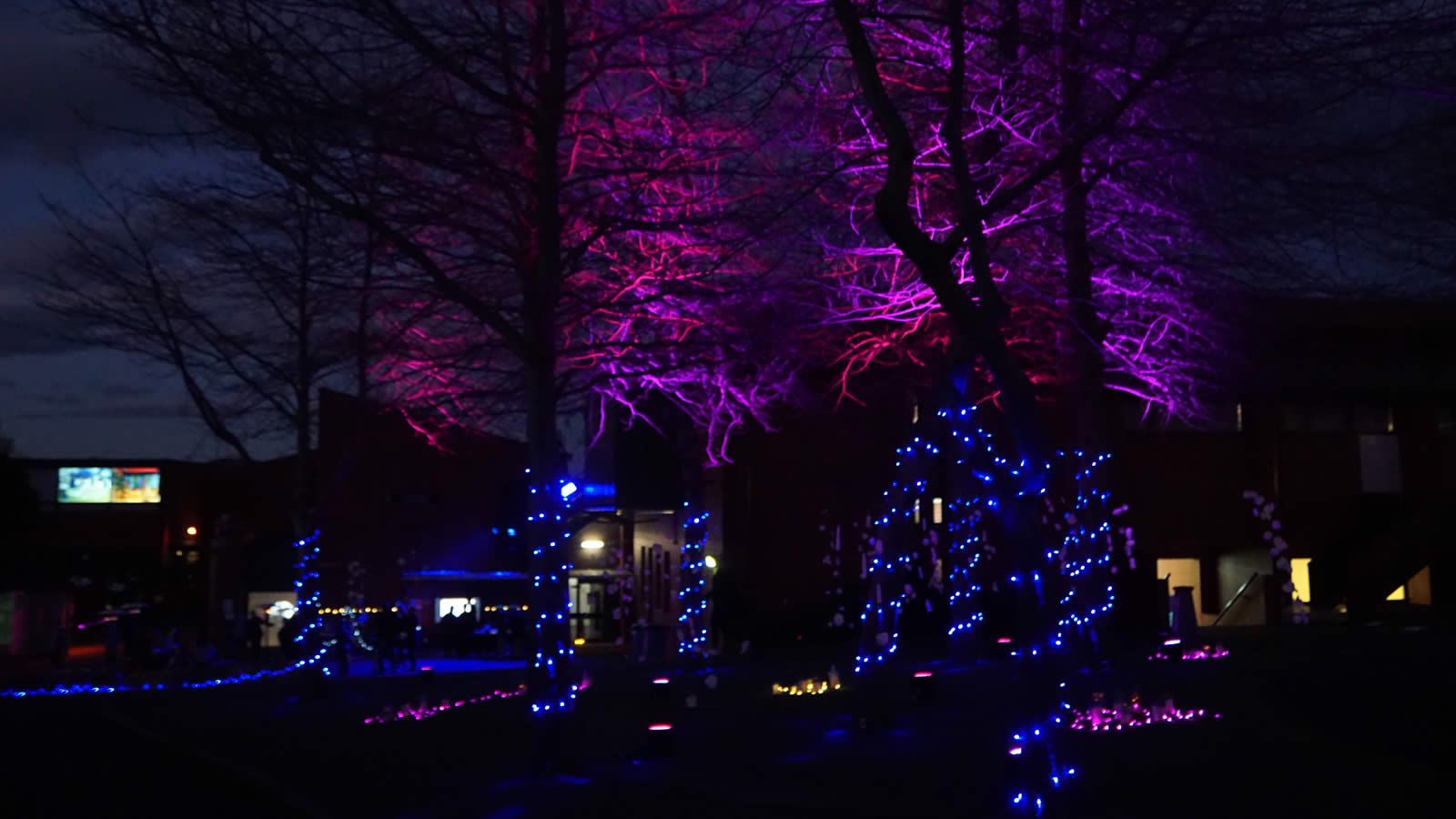 We would like to thank everyone who attended the Magenta & Blacker Art Showcase on Friday evening.

The showcase was a culmination of artworks, theatre and music and is the brainchild of the Visual and Performing Arts Faculty who were inspired by a recent trip to the Adelaide Fringe Festival. The brilliance of the use of lighting and the creation of atmosphere experienced at the festival was the catalyst for staging this exciting exhibition at night.

Magenta & Blacker presented artworks by students from Kindergarten to Year 8, set amongst a myriad of lights and wonder. Hutchins Blue Note jazz band entertained the crowd and Year 7 Drama students provided performances throughout the evening.

In honour of the School’s 170th year, the music and art are all derived from genres since the 1850s. This included the re-creation, by senior Drama students, of iconic Hutchins characters who they researched from the School’s history. Set in a graveyard these characters explained something about their lives during their time at Hutchins and beyond.

Art projections by the Junior School were also displayed along with projections by the School’s Artist in Residence, Selena de Cavarlho who was recently awarded the prestigious Shenberg Art Fellowship for her work Ecological Haunts (ii) exhibited as part of Hatched at PICA (Perth Institute of Contemporary Art).

We would like to thank all who were involved for their hard work and for making the event such a great success.