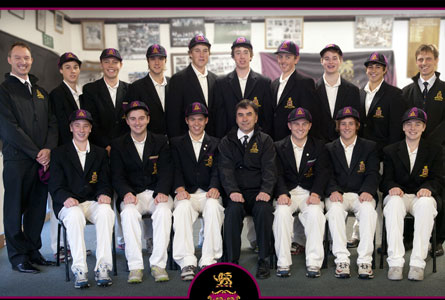 On Monday 21 May, 14 students and three staff took off on QF1 to London on the inaugural Hutchins Cricket Tour of England.

However, the tour was not all about the cricket, including opportunities to renew School connections. On arrival in London the touring party were guests of Lord Hobart – a friend of the School and one of the Britain-Australia Society’s Vice-Presidents – at a Spring Reception in the Cholmondeley Room at The House of Lords on Wednesday 23 May. This was followed by a reception at Australia House with the Australian High Commissioner on Friday 8 June.