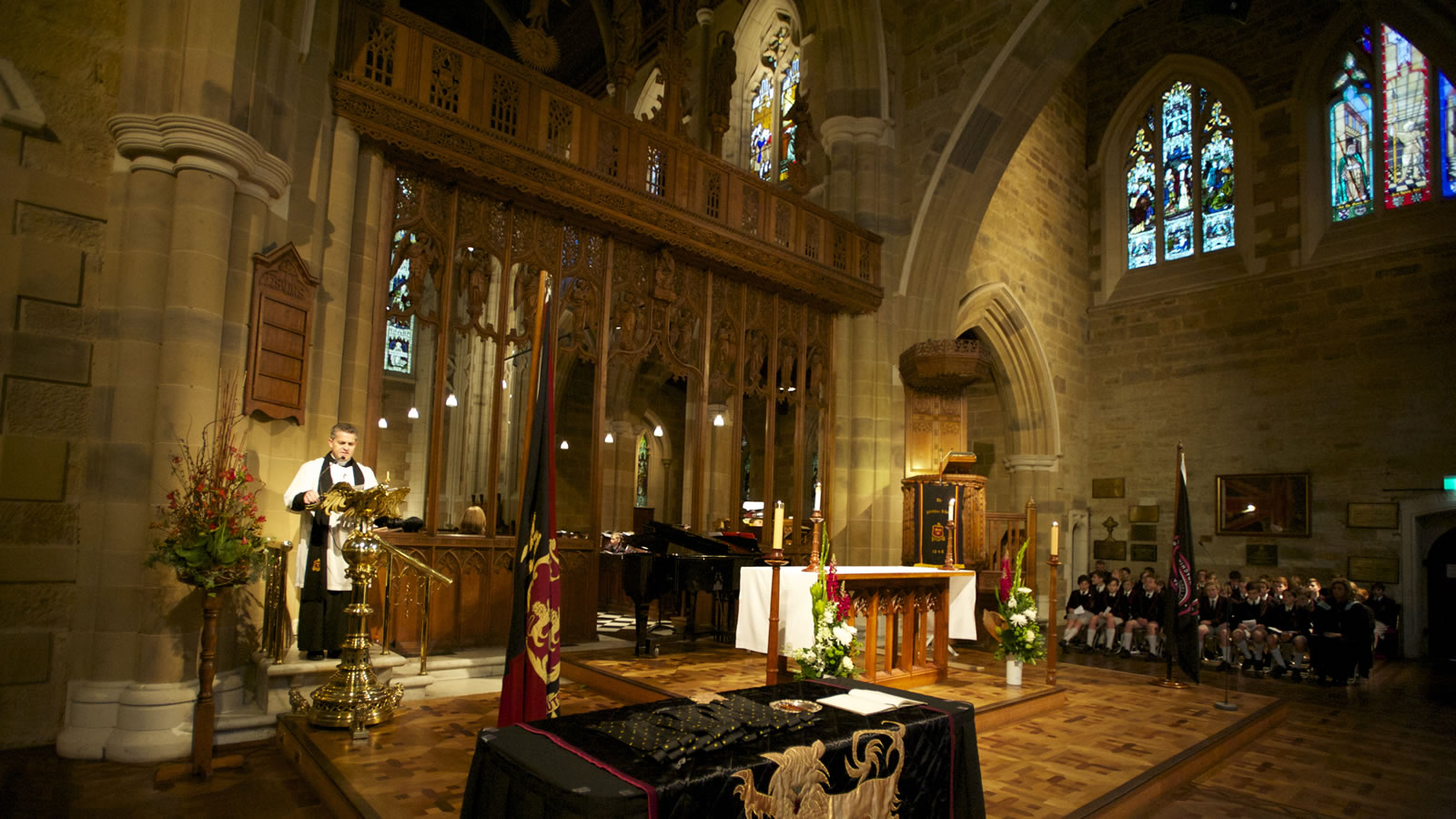 At the assembly our younger students treated guests, staff and classmates to an entertaining mix of musical items. Mrs Jenny Manthey spoke to the boys about ANZAC’s and our distinguished Old Boys. After the assembly, in keeping with School tradition, the Junior School and Early Learning Centre’s anniversary cake was cut.

The traditional Anniversary Service at St David’s Cathedral was held on Friday 1 August. Anniversary Ties were presented at the service to the following students:

Students and staff then returned to School for a BBQ lunch in the Senior School Quad and after much anticipation, the anniversary cake was cut by Headmaster, Mr Warwick Dean and School Captain, Henry Garrett. This was followed by hearty renditions of the School Song and Happy Birthday.

The Old Boys again took on the students in the traditional Anniversary Debate. This year’s topic “We would rather be real men than gentlemen” sparked some entertaining arguments. In a closely fought debate, the students were declared the winners.

Anniversary week celebrations concluded with the Anniversary Lunch held at Burbury House, supported by The Hutchins Foundation. Over 100 guests were in attendance as the John W Burton boat was named and dedicated, the 2014 Foundation Awards were announced and Rear Admiral Edward Pitcairn Jones was Lionised.

The busiest week in the School calendar was wrapped up with the Parents Association Cocktail party. More than 100 members of the Hutchins community attended the Anniversary Cocktail Party at the Henry Jones Art Hotel and a wonderful time was had by all.

As well as being a great opportunity to celebrate the 168 years of proud history, the week has once again renewed connections between the Old Boys, parents, staff, students and all the members of the community that make up the Hutchins family.