Home / Community / Latest news / From 'Offspring' to The Australian Chamber Orchestra; where could a SPA Scholarship take you?

From 'Offspring' to The Australian Chamber Orchestra; where could a SPA Scholarship take you? 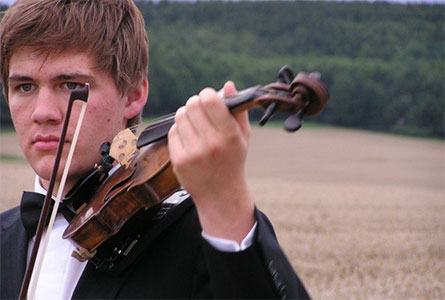 The Hutchins School of Performing Arts (SPA) has an outstanding national reputation for providing opportunities for boys to gain training and experience in a broad range of Performing Arts disciplines. The SPA environment combines world-class teaching with a school culture which supports boys who choose this career pathway. The success of our alumni is a testament to this.

Former SPA students include graduates of some of the top Australian and international drama colleges (such as NIDA, VCA BAPPA and WAAPA), many of whom are now gracing the small screen in Australian dramas; such as Kevin Hofbauer (’06) who has starred in Rush and Offspring.

Other alumni have gone on to secure positions in world-renowned musical ensembles and orchestras such as brothers Peter (’06) and William Clark (’08) who are now touring with The Australian Chamber Orchestra.

Former SPA Dance students have also gone on to perform on the national and international stage; such as Rob Mallett (’09) who has been touring with The Hot Shoe Shuffle.

SPA Scholarships are being offered in the areas of Drama, Dance and Music.

Read more information on these Scholarships and how to apply.