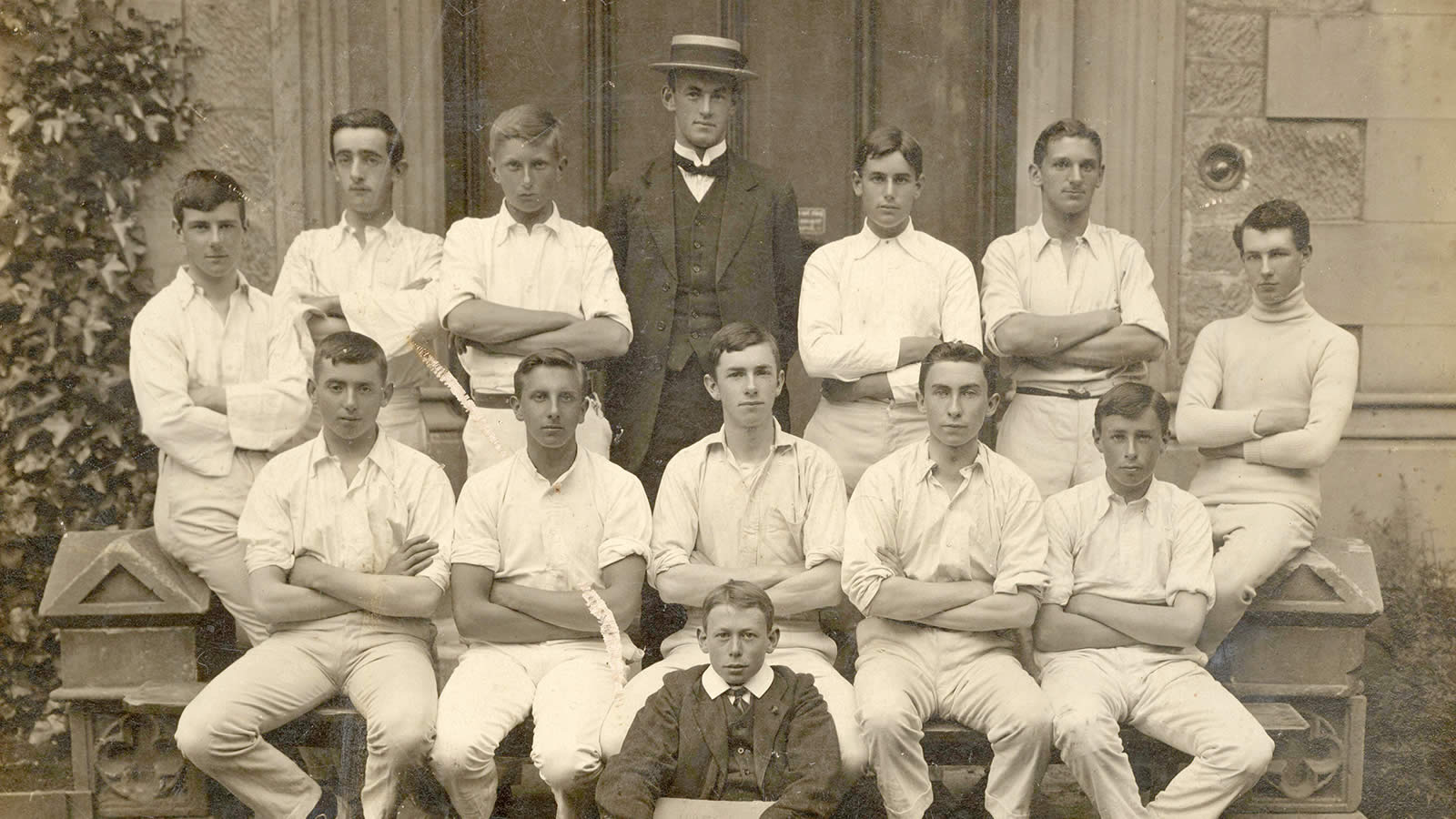 On 3 May 2017 the ANZAC Day Service was held in the Terence Butler Auditorium to reflect on the courage and bravery that has been shown by those who have served in war. Hutchins Old Boys have represented their country from as far back as the Boer War and those who lost their lives are honoured on plaques located in the School chapel.

Students, staff, invited guests and dignitaries paid respect to the 132 Old Boys that have fallen in war. Although it is a solemn service of prayer and hymns it is also a celebration of those who bravely gave their lives for their country.

This year the official address was given by Year 9 student Lance Corporal Michael Bonnitcha from 502 Squadron Cadets. We were also fortunate to have in attendance Alec Young, RFD, FACEL – Senior Vice President Hobart Legacy and Terry Roe, JP (QUAL) – Acting State President RSL Tasmania who provided explanations of the Last Post, the Rouse and the Ode.

Headmaster, Dr Rob McEwan shared the story of Mr Ivor Margetts, a school master at The Hutchins School from 1912 until 1914 when he enlisted in the Army. Mr Margetts was well regarded by staff and boys alike as a Sports Master and Junior Resident Master in the Boarding House. Having led his men up the cliffs near ANZAC cove at dawn on the first day of the Gallipoli landing, 25 April 1915, Margetts went right through the Gallipoli campaign without a wound or a day’s leave of absence. After a rest in Egypt, he went with his old battalion, the famous 12th, to France as an Adjutant (an assistant to a senior officer), having himself been promoted to the rank of Captain. It was on the Western Front his luck ran out and he was killed by a shell on 27 July 1916. Dr McEwan recounted comments made by the stretcher bearer who buried Margetts as well as correspondence from the Field Ambulance Officer who wrote to the Headmaster at the time Mr Lindon. Margetts was described in both these communications as someone that the men loved and ‘the best man going’. His ‘battalion mourned him as seldom a man is mourned, and that he left a name behind him that we can all envy, and try, even if in vain, to equal’.

Ivor Margett’s is just one of over 102,000 Australian whose lives have been lost at war. Many more were injured and large numbers returned never to be the same again. Every one of these men were sons, friends, and loved by people back in Australia. They served, not for themselves but for us. For a better world. We enjoy that world today through our freedom and this wonderful country. May we never forget what they did for us.