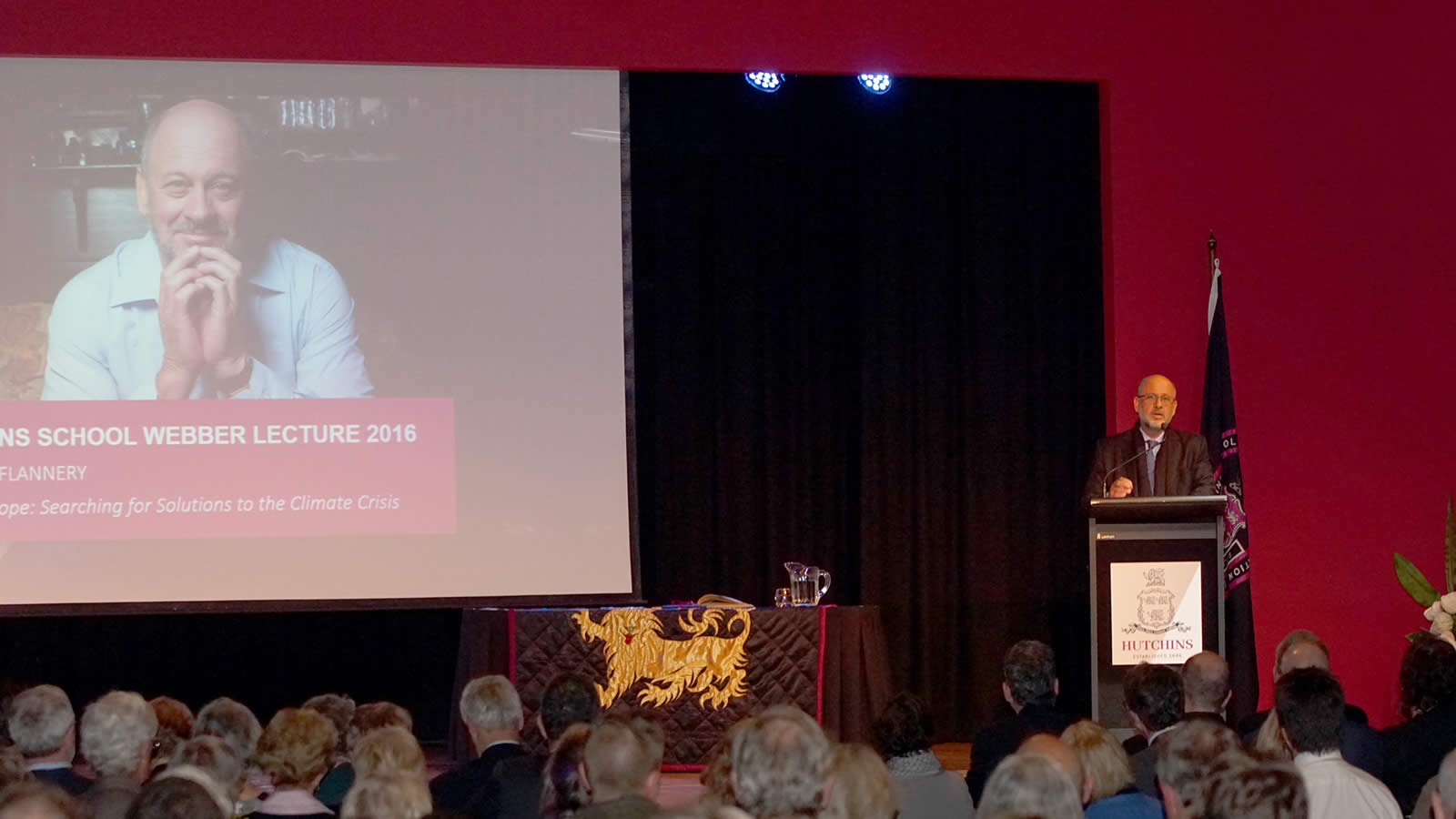 We were very excited to welcome Professor Tim Flannery as our guest speaker for this year’s Webber Lecture as part of the Headmaster Seminar Series. Professor Flannery is the author of several books including the New York Times bestseller The Weather Makers: How Is Man Changing the Climate and What It Means for Life on Earth which is an important and provocative book that tells the fascinating story of climate change over millions of years to help us understand the predicament we face today.

As well as being a highly acclaimed author Professor Flannery is the former Director of the South Australian Museum, is a current professor at Sydney’s Macquarie University and also spent a year as professor of Australian Studies at Harvard. In 2002 he became the first environmentalist to deliver the Australia Day Address to the nation, in 2006 he co-founded the Copenhagen Climate Change Council and in 2007 he was named Australian of the Year.

The topic for this year’s lecture was Atmosphere of Hope: Searching for Solutions to the Climate Crisis. Professor Flannery’s presentation provided both a snapshot of the current climate threats and an up-to-the-minute analysis of some of the new possibilities for mitigating climate change that are emerging now.

Although he delivered some startling statistics Professor Flannery provided some examples of an array of innovative technologies that give cause for hope such as atmospheric carbon capture through extensive seaweed farming, CO2 snow production in Antarctica, the manufacture of carbon-rich biochar and the closing of major power plants.

We would like to thank Professor Flannery for being part of our Headmaster Seminar Series 2016. 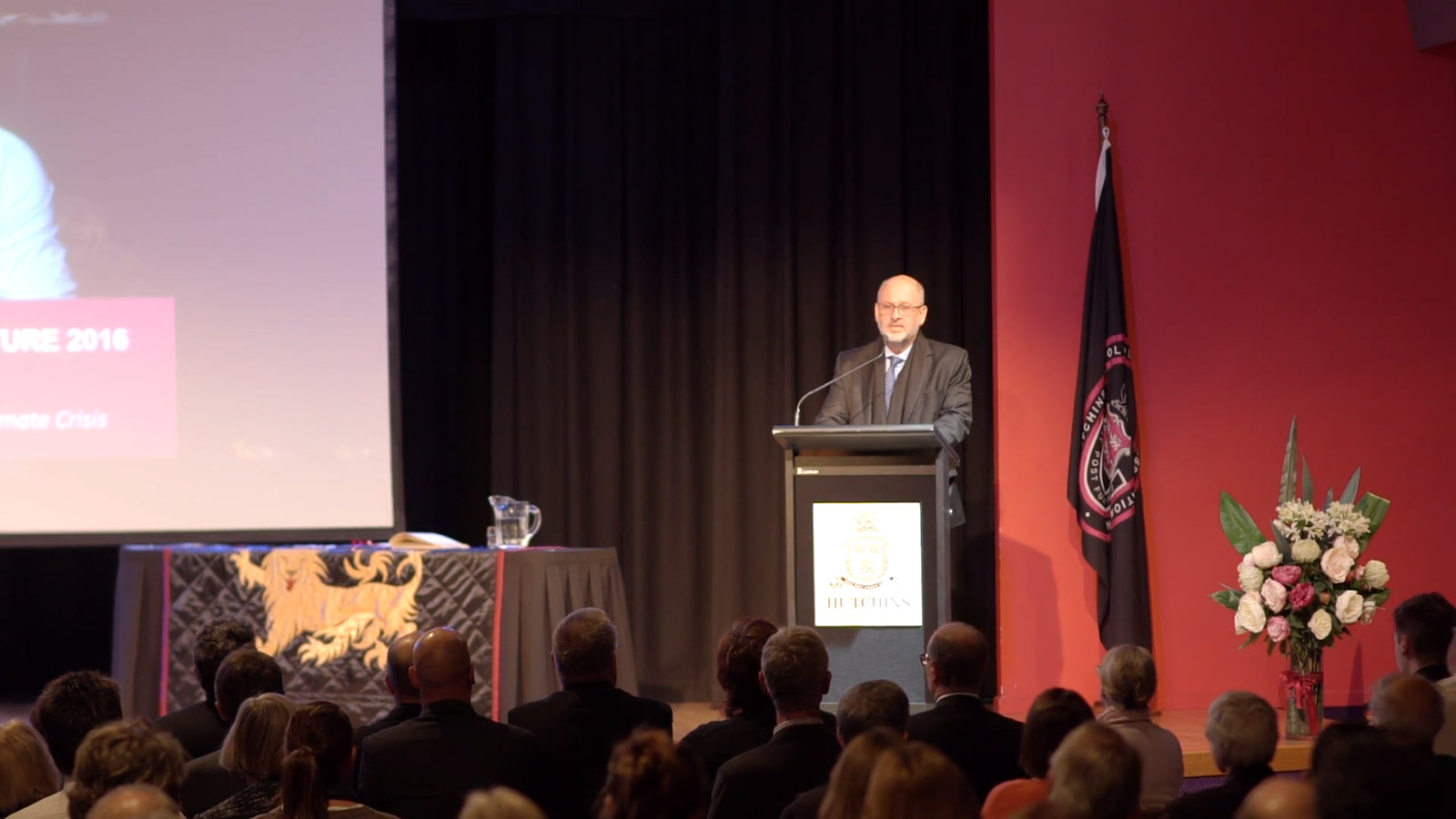