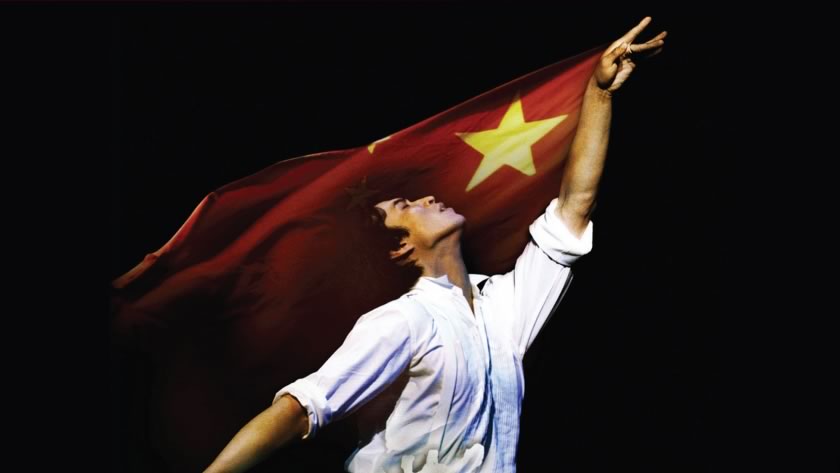 Hutchins is proud to announce Li Cunxin as our guest speaker for this year's Webber Lecture. If you have read the book or seen the movie Mao's Last Dancer you will know that he is a remarkable man with an amazing story to tell. From humble beginnings in rural China to the height of the global dance world, Li's story is one of determination, passion, integrity and success.

Growing up in poverty-stricken rural China, Li was selected by Madame Mao for the Beijing Dance Academy. After years of gruelling training he became one of the country's most celebrated dancers. Li was chosen to be one of China's first cultural ambassadors to the United States. While dancing at the Houston Ballet he defected, prompting a standoff at the Chinese Consulate, where he was detained.

Li documented his extraordinary story in his memoir, Mao's Last Dancer, which became an international bestseller and adapted into the critically acclaimed movie of the same name.

Li made a successful career transition from dance to finance, where he became a senior manager at a leading stockbroking firm.

As a motivational and inspirational speaker, Li draws on his unique life story and amazing experiences addressing the importance of integrity, passion and persistence. His topics include but are not limited to:

Don't miss what is sure to be a most powerful and invigorating presentation!

Li was born into utter poverty in Mao's communist China, at the age of 11 he was selected to train in Madame Mao's Beijing Dance Academy. And so began Li's journey. The 7 years of harsh training regime at the Beijing Dance Academy taught him discipline, resilience, determination and perseverance. Li's astounding drive and relentless hard work made him one of the best dancers China has produced.

When he was 18, Li was awarded one of the first cultural scholarships to go to America, and subsequently been offered a soloist contract with the Houston Ballet. Two years later, Li defected to the West in a dramatic media storm, which involved the then Vice President, Mr George Bush Snr. He then went on to become one of the best dancers in the world, won two silver and a bronze medal at three International Ballet Competitions. In 1995, Li and his family moved to Australia where Li danced his last three and half years as a principal dancer with the Australian Ballet.

For the final two years of his dancing, Li studied finance at the Australian Securities Institute with a view of becoming a stockbroker. This meant rising at five in the morning to start his daily ballet practise, then racing to the stock exchange by eight. By the time he joined the rest of the company's dancers for afternoon rehearsals; he had already put in a full day's work. Li made a successful career transition from ballet to finance in 1999. He is a senior manager at one of the largest stockbroking firms in Australia.

The rich story of Li's inspirational life is recounted in his memoir Mao's Last Dancer, which was published by Penguin-Australia in September 2003. It quickly rose to No. 1 on the Australian Non-Fiction Best-Seller List and was named in Amazon.com's Break-Out Books list after only several weeks after its US release before receiving the Christopher Award for Literature. His book went on to win the Book of the Year Award in Australia and was short-listed for several other prestigious literacy awards. It's over 50 reprints. Li's book has been translated into several foreign languages and is sold in over 30 countries worldwide. In May 2005, the Young Readers' Edition of Mao's Last Dancer has been released in Australia. There is also a picture book of his story called The Peasant Prince, it's beautifully illustrated by the talented painter Anne Spudvilas. The Academy Award winning director Bruce Beresford (Driving Miss Daisy, Tender Mercies, Breaker Morant), producer and screenplay writer of the film Shine, Jane Scott and Jan Sardi respectively, have teamed up to produce a award winning featured film also named Mao's Last Dancer.

Li has received Shepherd Centre's 2009 Australian Father of the Year Award and has been Honoured a Doctorate for his contribution to Arts and Literature by the Australian Catholic University.

For more information on Li Cunxin visit his website at www.licunxin.com