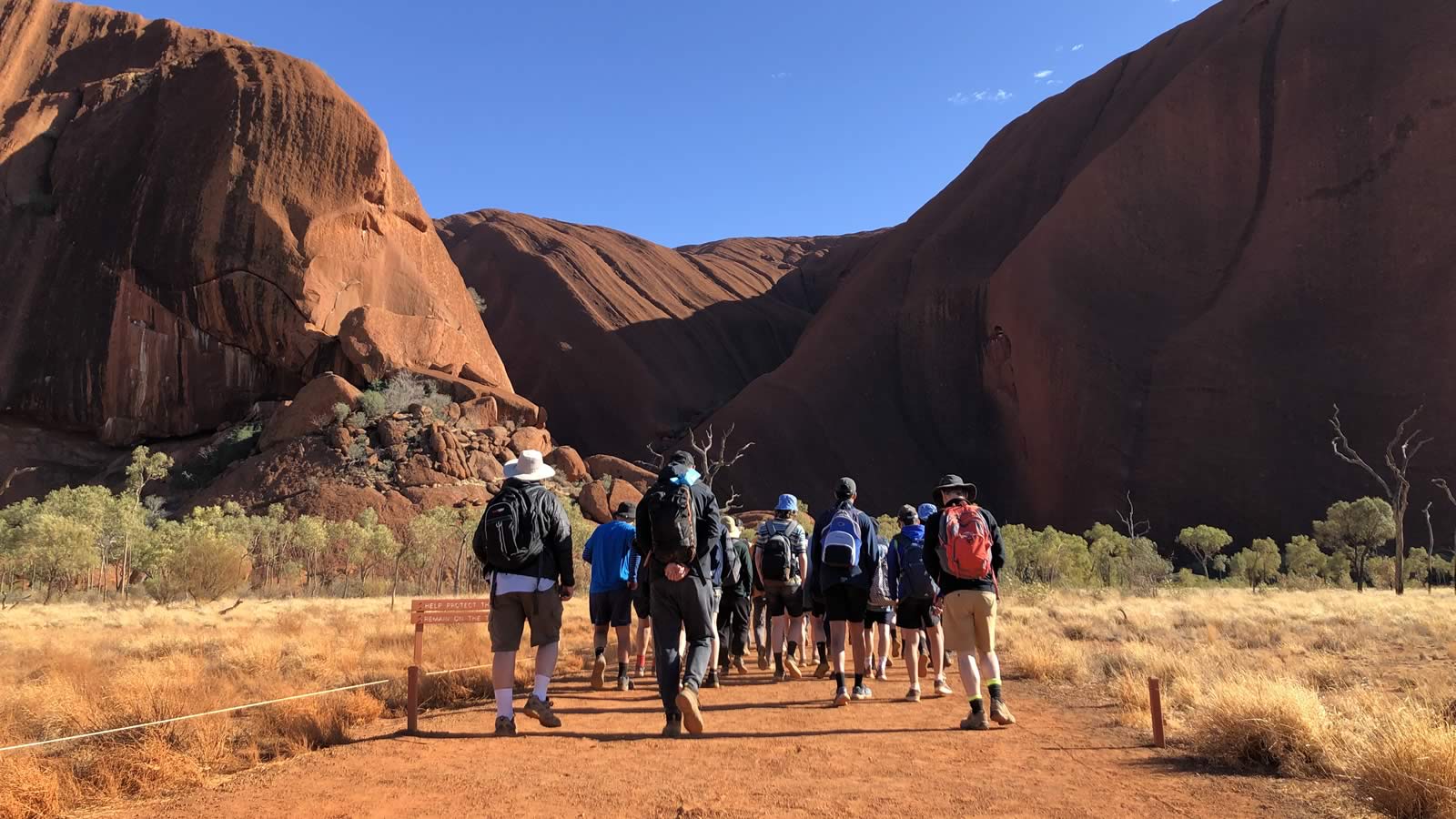 In Term 3 I was lucky enough to be a part of the 2019 Central Australia Challenge. This was an amazing experience and think I can speak on behalf of all the students who went, that this was one of the most enriching experiences of our lives.

It started in the early morning of Saturday 1 September when we jumped on a couple of planes with our destination being Alice Springs. We were thrown in the deep end of the culture pool with our group of 33 attending the Rural Alice Springs AFL grand final and along with us, 5,000 of their dedicated locals. Here we saw the passion of a culture, so scarred by the past, and yet forgetting everything to show the best sportsman game of AFL I have ever seen. Family and friends came together from hundreds of kilometres away to see the final spectacle of their footy season. This was a great start to our trip and really gave a big impression of the culture that exists within Aboriginal communities. We then went to the Aboriginal school which we were staying at called Yipparinya School. Over the next couple of days, we met two local Aboriginal men named Jungala and Clayton. These two immediately became cult heroes to us boys and were such knowledgeable men with a lot to share, we just had to ask. They introduced us to local leaders John and Coraline who told us their stories and passed on their wisdom.

After a couple days of helping at the local Vinnies, sharing experiences such as kangaroo tails for lunch with the Yippi kids and learning about bush medicine, we headed out for the main attraction of Uluru. Over the next days we visited three main sites – Uluru, Kata Tjuda and Kings Canyon. These places all had their own stories, sacred sites and spectacular views. They all had special meanings to the boys, and we each had a different favourite sight. This part of our trip meant so much to everyone. Meeting some of the locals there who told their story, as well as our own Clayton tell his stories at Ormiston Gorge was very insightful about how much has changed there in just his lifetime. At the end of the trip there were a lot of hugs and even some tears about how we were going to miss this place where we had spent two weeks and learnt so much about an amazing culture that unfortunately we are so far away from in Tasmania.