Over 80’s Club visit to ELC 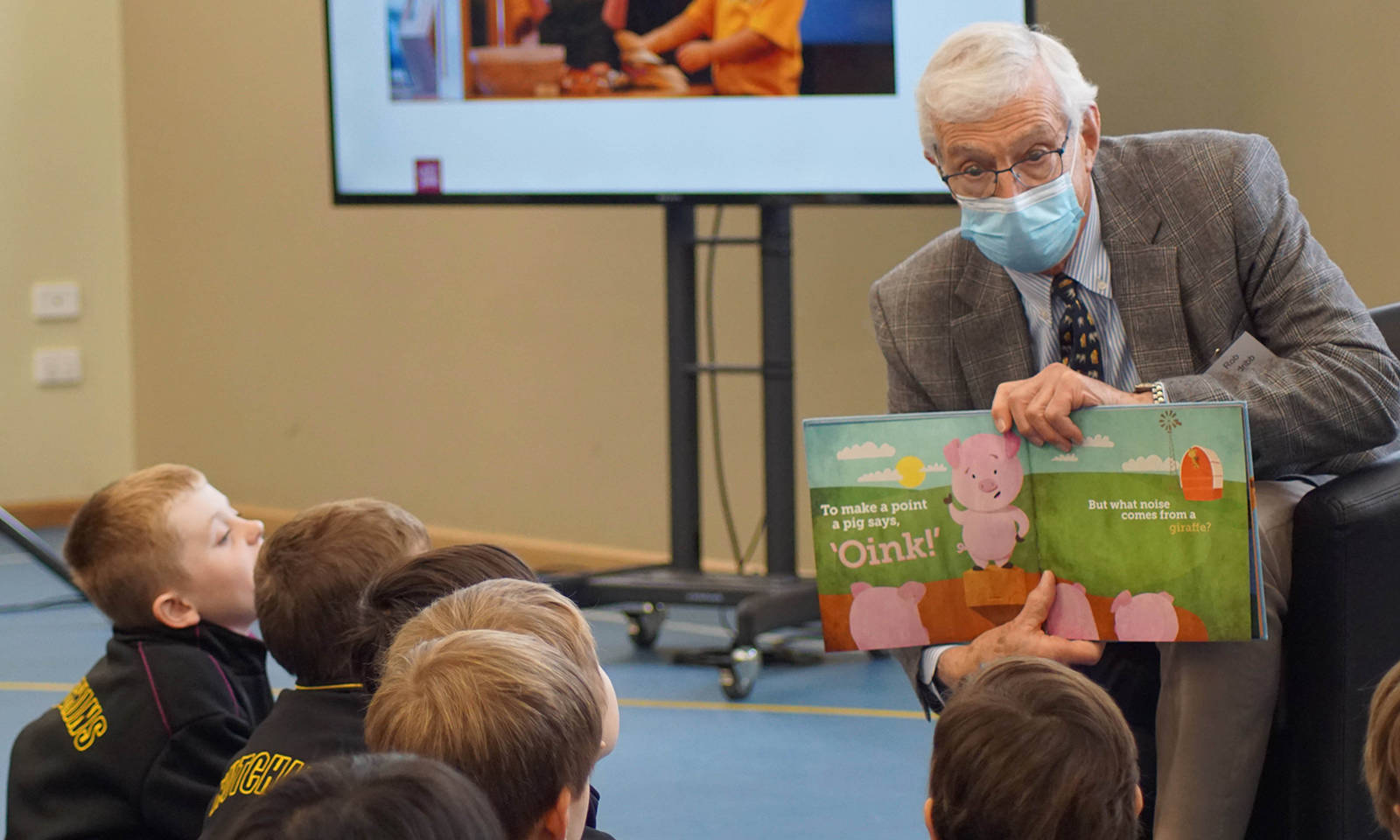 Late August the Early Learning Centre welcomed President of the HSOBA, Mr Barrie Irons, and the Over 80’s Club to visit and connect with some of our youngest students.

Whilst the attending Old Boys were educated at the Hutchins Macquarie Street campus in the 1940’s, 50’s and 60’s, there was an air of recognition as they entered the Early Learning Centre at the Hutchins Sandy Bay campus. Whether it was the crest on a young students’ blazer or sitting in amongst their peers (some of whom hadn’t seen in each other in 60 years), our more experienced Hutchins Alumni were in some part, home.

‘Hutchins for life’ was visible by the Prep and Year 2 students sitting in front of nearly forty Old Boys from the Over 80’s Club. In the Jan Reynolds Activity Centre, Dr Robert Brodribb (‘60) read ‘What sound does a Giraffe make?’ to an engaged and animated Prep class whilst the rest of the Alumni watched on with smiles, reminiscent of their younger selves.

Some pointed questions from the Year 2 students lead to a recollection of memories from times past and some mischievous chuckles amongst the crowd.

The visit finished with a tour of the ELC and an opportunity to read letters Year 1 students had left on their desks recounting their name, age and favourite hobby. Many questions were directed to the Head of the Junior School, Mr Stephen Coventry, about learning at Hutchins and how times have changed.

Lunch was served at the Royal Yacht Club of Tasmania with an opportunity to catch up, reflect on those who have since passed and welcome new members to the Over 80’s Club.

Headmaster, Dr Rob McEwan, joined the group to discuss the continuous connection of an Old Boy to The Hutchins School in 2022. Regardless of campus location, our guiding statements continues to hold true after 176 years, developing men of character is still at the heart of everything we do.