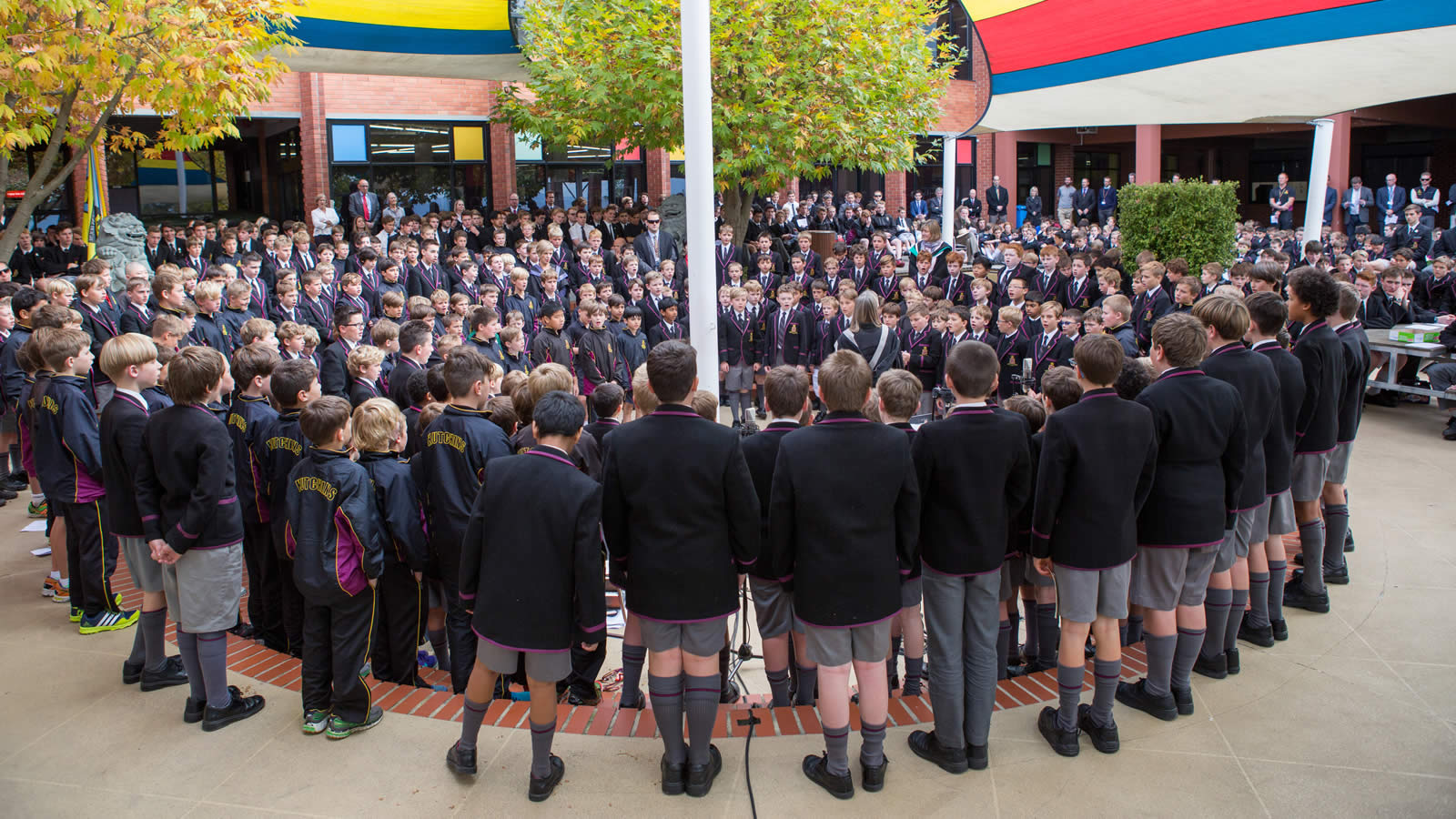 Every year The Hutchins School holds an ANZAC service to reflect on the courage and bravery that has been shown by those who have served in war. Hutchins Old Boys have represented their country from as far back as the Boer War and those who lost their lives are honoured on plaques located in the School chapel.

Students, staff, invited guests and dignitaries pay respect to the 132 Old Boys that have fallen in war. Although it is a solemn service of prayer and hymns it is also a celebration of those who bravely gave their lives for their country.

Sadly, the most recent Old Boy lost at war is Private Benjamin Chuck who was a sniper with the elite 2nd Commando Regiment and was killed along with two other Australian soldiers and one American in a Black Hawk helicopter crash in Afghanistan in 2010.

Ben attended The Hutchins School between 1993 and 1996 and the School community was saddened to hear of the loss of his life, the ultimate sacrifice for his country. Ben was known as a very kind student whose qualities included showing empathy for others, personal integrity, humility and determination.

The loss of Ben had such a profound impact on the School that in December 2010 a special award was named in is honour, The Ben Chuck Good Man Award. This award is presented each year in honour of Ben to the Year 12 student who is considered to be a good man, a good man that displays the qualities of Ben and who is considered a student with a strength of character.

In another celebration of Ben’s life, country music legend Lee Kernaghan has honoured Australian servicemen and servicewomen by including in his songs the letters they penned to their families in the event that they never return home. The letter that inspired the project was the last one written by Ben to his girlfriend.

To honour those lives that have been lost at war and to commemorate the 100th anniversary of the ANZAC landings in Gallipoli we would like to share Ben and the Chuck family’s story.