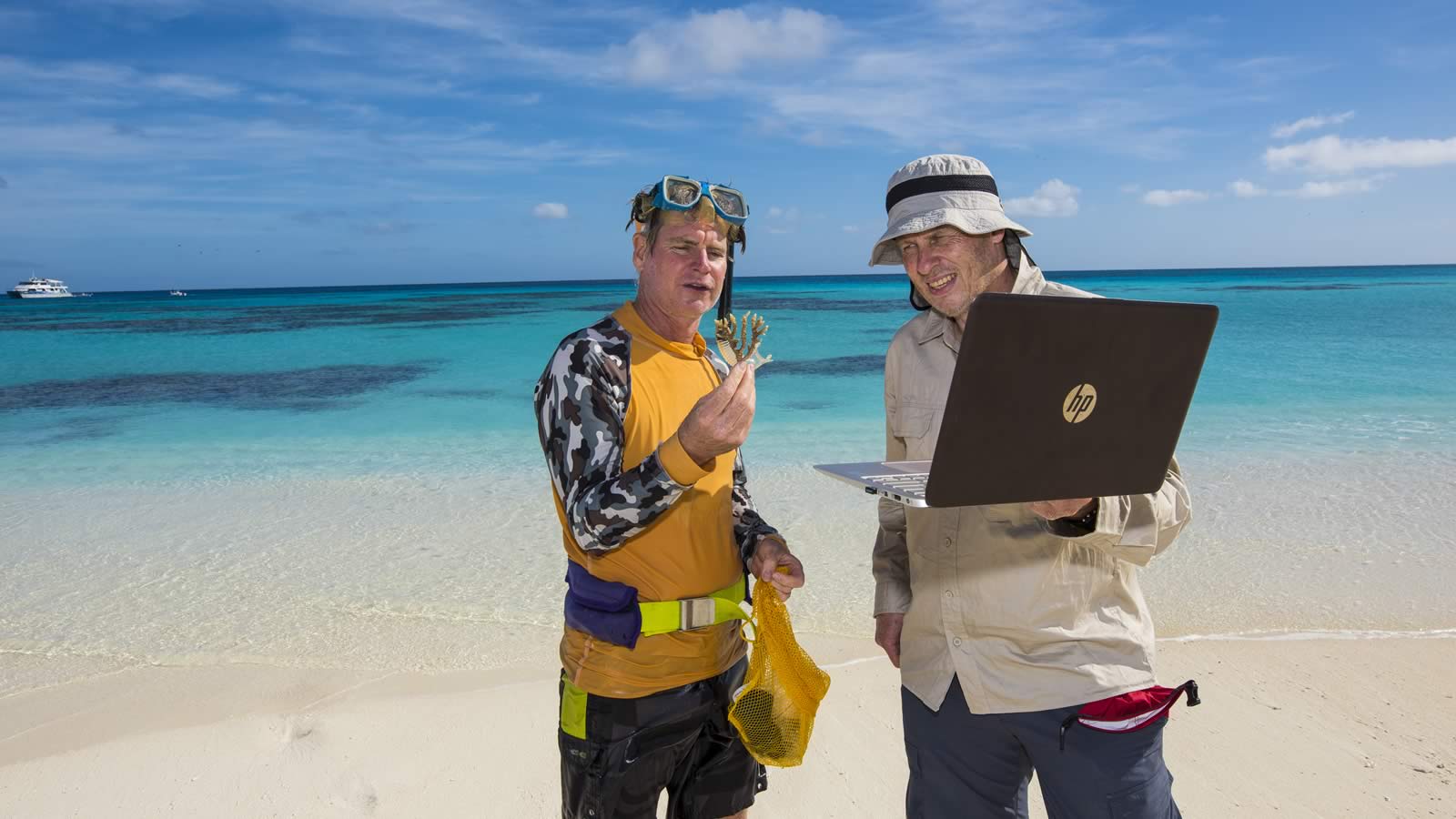 On 13 June 2016, Dr Keith Martin-Smith was incredibly fortunate to head off to Queensland to board a boat bound for the islands of the Coral Sea. Some 450km from land, far beyond the Great Barrier Reef, this collection of tiny islands and reefs was the site for one of this year’s Bush Blitz TeachLive! expeditions.

Bush Blitz is a program run by the federal government to find new species of Australian plants and animals. In particular, scientists concentrate on collecting invertebrates where there are perhaps half a million species yet to be identified. The expeditions travel to little known and difficult to access parts of Australia.

The TeachLive! component supports teachers to join the expedition, takes students on a virtual journey and allows them to interact with real scientists in remote fieldwork through satellite communication. Dr Martin-Smith was able to blog back every day to his classes and talk to them via Skype, including question and answer sessions with the scientists. Before and after the expedition, Dr Martin-Smith created lesson plans and activities designed to access the various 9–12 curricula with the added excitement of real life scientific activity.

As well as the discovery of new species, a second vessel was involved in documenting and collecting marine debris from the islands and the sea. Despite the remoteness, they collected more than three tonnes, mostly plastics, much of it coming from land – a sad indictment on our throwaway society.

This unique professional development experience provided Dr Martin-Smith with new skills and ideas to bring back into the classroom, a greater understanding of Australian biodiversity and networking opportunities with scientists from all over the country. He can’t wait to turn The Hutchins School’s local science expeditions into real voyages of discovery for Hutchins’ students!