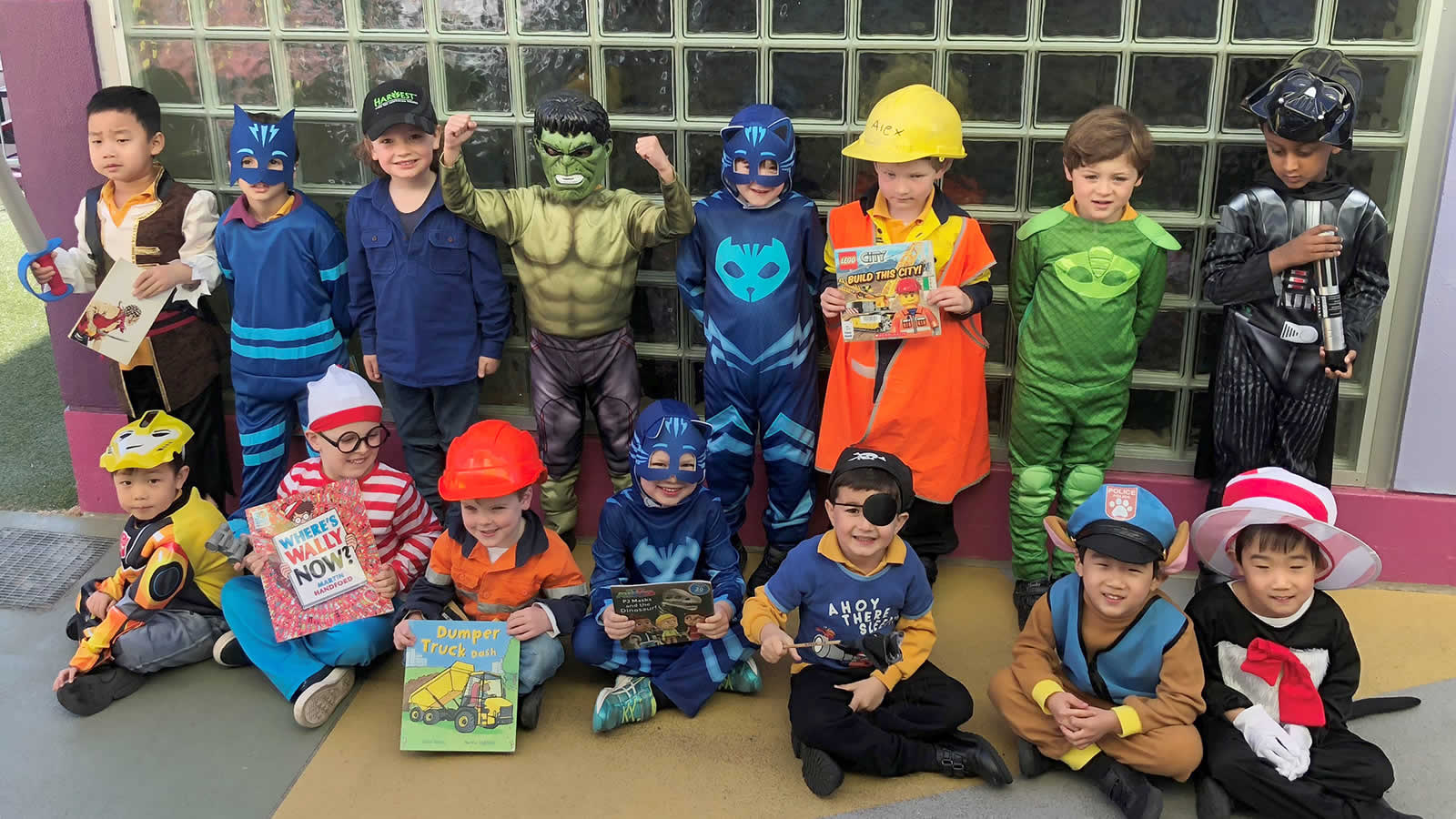 The Junior School Book week Assembly was held on Tuesday where the Year 4s gave an early rehearsal performance that they are preparing for Grandparents’ Day. They presented the story of Shrek, where the prince isn’t charming, the princess isn’t the classic sleeping beauty, the sidekick isn’t helping the situation, and the ogre is the hero. Fairy tales will never be the same again!

Acting Deputy Headmaster, Mr Simon Angus was the guest reader in the Assembly. Mrs Hilleson (Librarian) explained ‘A visit to the library is really a treasure hunt, where we search for stories to inspire, inform and entertain us’. Mrs Hilleson is the keeper of our treasures and she announced some special awards.

Then the Junior School boys (Years 3 to 6) paraded on stage to tell everyone about their favourite characters. A lot of teachers dressed up as Nemo. (A school of fish!) What a fun and colourful assembly!

Throughout the week our students were also treated to visits by authors Adrienne Charles and Christina Booth.

Book Week came to a close on Friday with our ELC Book Week Assembly. Year 2 students Bill Clark and Alex Healy did a wonderful job of hosting the assembly. Headmaster Dr Rob McEwan read the beautiful story Boy written by Phil Cummings and illustrated by Shane Devries. The boys looked fantastic in their costumes as did their pirate teachers and aides!