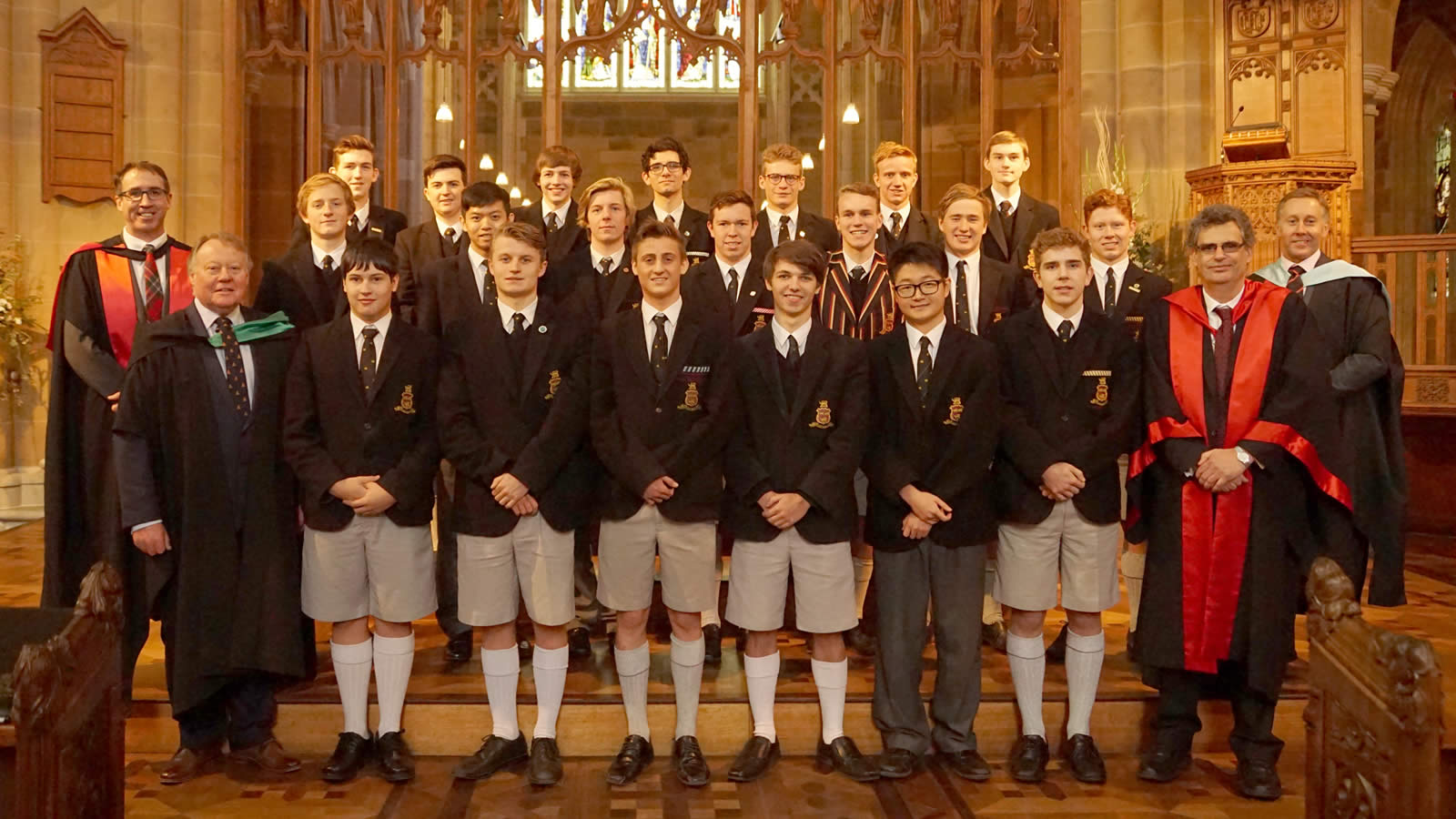 On the official birthday of the School, the Anniversary Service was held at St David’s Cathedral today. It was a wonderful celebration where 21 students were presented with Anniversary Ties. The presentation of the ties recognise Year 12 students who exemplify the values which are important to Hutchins and have the respect of their peer group and staff. The recipients of this year’s Anniversary ties are: